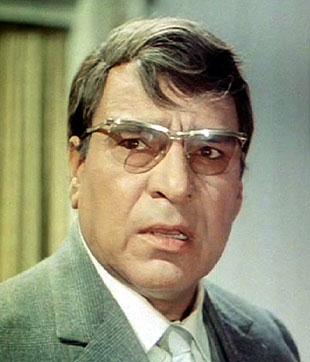 Puri was one of the doyens of the Indian film industry in the late sixties & early seventies. He was the first cousin of Late K.L Saigal, with whose help he started to make a mark in bollywood. Once Puri was an established star he did the same for his brother the late Amrish Puri by helping him in establishing himself in the movie world. Puri had an acting career which spanned over 40 years from the 1940s through to the mid 1980s.

He appeared in more than 300 films. His film debut was in a film titled Ahinsa in 1946. Madan made an average of eight films per year, playing not only villains and negative characters, but also the hero's or heroine's uncle, father or elder brother, grandfather, police officer and politician, He also starred in a number of Punjabi films throughout his career such as Jatti, Jatt Punjabi and so on.

He died in 1985 of a heart attack at the age of 69. Was a resident of Venus Apartments "F", 11th floor, on Worli Seaface in Bombay. Several films he had completed when he was alive were released after his death right until 1989 with his final film being Santosh. He was one of the greatest villains in Bollywood.

He has three sons all of whom are based in Mumbai. His grandson Vikram Puri is a well placed professional in the Financial Services industry.