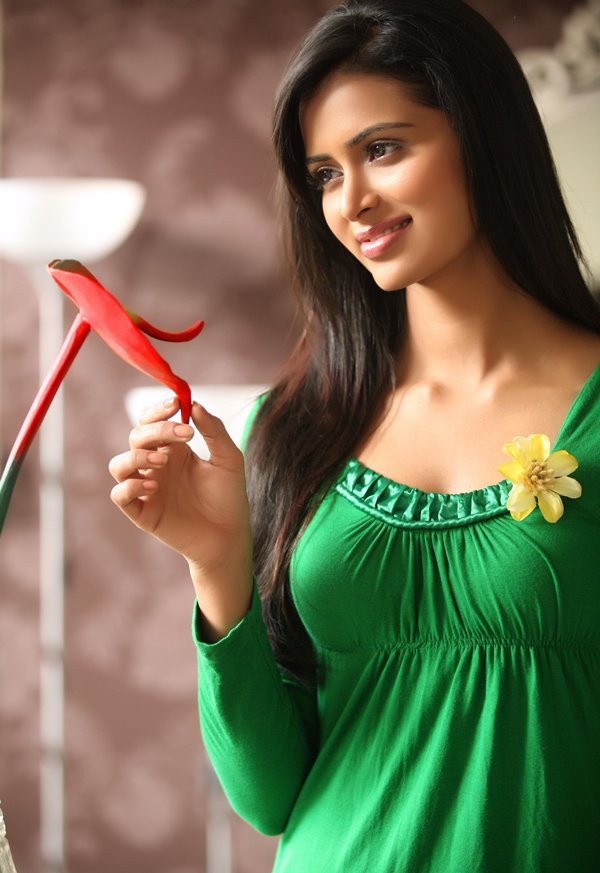 Meenakshi Dixit is an Indian Dancer, Model and an Actress of South Indian movie. She is tall, beautiful and also a good dancer. She has done modeling and was even seen in a TV dance show. She has also appeared in a music video "Chuloon Aasman" in 2012. Recently she was seen in director Kundan Shah's Bollywood film titled P Se PM Tak. The most cleaned city is the Chandigarh where the Meenakshi was born in 1988 year. She is experienced in various dance style like Indian Folk, Classical, Salsa etc.

Meenakshi Dixit was born 12 October in Raebareli, India. She is the daughter of Ishwar Chandra Dixit, a senior lawyer, and Geeta Dixit. She graduated with a degree in Bachelor of Science in Botany, Zoology, and Chemistry. She has trained in Kathak and western dance. She was active in sports, especially in athletics. Meenakshi Dixit has started her acting career in 2008 on NDTV Imagine, as a contestant in "Nachle Ve with Saroj Khan", which led to her entry to the Indian film industry. As an actress Meenakshi Dixit word in Telugu and Malyalam movies. She also worked in several commercial ads including Taza Tea, Fair & Handsome etc.