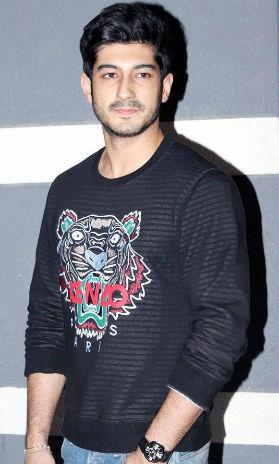 Mohit Marwah is a recently entered actor of Bollywood. Mohit is the cousin brother of Arjun Kapoor and son of Boney Kapoor's sister Reena and Sandeep Marwah. In 2012, Mohit made his acting debut with Karan Johar's first ever short film "Strangers In The Night" which was directed by Shakun Batra. Now, he will soon be making his comeback in the movie Fugly.

Mohit is nephew of superstar Anil Kapoor and has worked hard to polish his acting skills in New York for two years in Lee Strasberg Acting School , He is also an alumni of AAFT.

He worked in "Strangers in the Night," a 14 miinutes short film produced by celebrity director Karan Johar in the collaboration with Chivas Studio. Before acting as a lead, Mohit worked as an assistant director in Vikram Bhatt's films, as suggested by Sanjay Kapoor, after passing out from Lee Strasberg Acting School from the US and Marwah Studios in Noida.