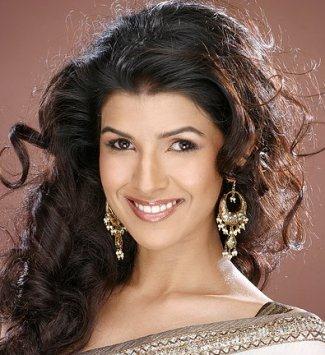 Nimrat Kaur, the Indian film and stage actress was born on the 13th of March in the year 1982 at Pilani situated in Rajasthan. Nimrat Kaur began her career as a commercial print model and then later on she moved on to the field of theatre acting with directors Manav Kaul and Sunil Shanbag in Mumbai. She appeared in numerous plays such as follows: She appeared in Hassan Abdulrazzak’s first play titled ‘Baghdad Wediing’ directed by Lisa Goldman. ‘Baghdad Wedding’ was first enacted in the year 2007 at the Soho Theatre situated in London, England. This play basically dealt with the experience of 3 expatriates who returns to their homeland after Saddam Hussain was overthrown. On the 20th of January in 2008, a recording on ‘Baghdad Wedding’ was broadcasted on BBC Radio 3.

Nimrat had also appeared in plays like ‘All About Women’ and ‘Red Sparrow’.
Nimrat Kaur had starred in the Vasan Bala directed ‘Peddlers’, produced by Anurag Kashyap and Guneet Monga. ‘Peddlers’ is a crime thriller starring Gulshan Devaiah, Nishikant Kamat, Kriti Malhotra and Siddharth Menon. This movie basically deals with twenty year old poverty-stricken boys who all gets associated in a drug trade and a police officer who is given the responsibility of tracking these boys down. This film was released in the month of May in 2012. In 2013 she has signed up for ‘Dabba’ (‘The Lunchbox’), a Hindi flick written and directed by Ritesh Batra and produced jointly by Anurag Kashyap and Guneet Monga. The cast consists of eminent actors like Irrfan Khan and Nawazuddin Siddiqui and this film basically revolves around the wrong delivery of a ‘dabba’ by a lunchbox service in Mumbai which leads to the forming of a new relationship between two individuals through the exchanging of notes using the daily ‘dabba’. This movie was screened at the 2013 Cannes Film Festival and later on ‘The Lunchbox’ won itself the Crtics Week Viewers Choice Award known popularly as Grand Rail d’Or. This film is also scheduled to be screened at the Toronto International Film Festival 2013 and its release date in India, U. K. and U. S. A is the 20th of September, 2013. Nirmat Kaur gave a stellar performance in the film and was greatly appreciated by all for her portrayal of Ila, the widow in the film.

Recently Nimrat Kaur appeared on the small screen in the successful Cadbury Dairy Milk Silk commercial. In the year 2002, Nimrat had even featured in “Tera Mera Pyar”, a Kumar Sanu music video. Her very first English film was in the year 2006 when she played a small role in Michael O. Sajbel’s ‘One Night With The King’, starring Tiffany Dupont, Luke Goss and John Rhys-davies in the lead roles. This film was entirely shot in Rajasthan, India.For years later in 2010, she appeared in David A. R. White’s ‘The Encounter’ starring Bruce Marchiano, Steve Borden, Jaci Velasquez, Jamie Nieto, Dana Davis, Madison Gibney and several others. In the year 2012, she had also signed up for Sameer Sharma’s ‘Luv Shuv Tey Chicken Khurana’, starring Kumal Kapoor, Huma Qureshi and Rajesh Sharma.