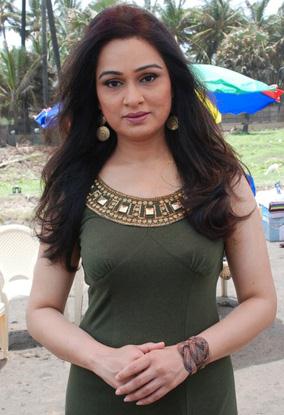 Her mother, whose family hailed from Mangalore, held a job working for the airlines. Her father's first cousins is Dinanath Mangeshkar,father of singers Lata Mangeshkar and Asha Bhosle.

As a child, she sang in the chorus for songs in films like Yaadon Ki Baaraat, Kitab and Dushman Dost along with her sister Shivangi (married to Shakti Kapoor). Padmini also later sang for her own films like Vidhaata ("Saat Saheliyan"), Hum Intezaar Karenge and Sadak Chaap (with Kishore Kumar). She also released an album with Bhappi Lahri called Music Lovers. She performed for the Greater London Council at the Royal Albert Hall in London with Baapi Lahiri and his troupe in 1986.

It was Asha Bhosle who suggested Padmini's name to Dev Anand, who then cast her in Ishq Ishq Ishq (1975). This led to other films, such as Dreamgirl (1978), Zingagi, and Saajan Bina Suhagan (1978). She also gave a very commendable performance of a young school girl inflicted by black magic in Gehrayee (1980).

Her mother quit her airlines job to be a full-time chaperone as Padmini picked up more roles. Her most famous child role was playing a child in Raj Kapoor's 1977 film Satyam Shivam Sundaram. Her success led to her most controversial role in Insaaf Ka Tarazu (1980), a remake of Lipstick (1976), where she played the rape victim that was originally played by Mariel Hemingway. She earned the Filmfare Best Supporting Actress Award for her performance. She also graduated to heroine roles at the age of 15 in Nasir Hussain's Zamane Ko Dikhana Hai opposite Rishi Kapoor. The film flopped, but she reunited with Rishi Kapoor for his father Raj Kapoor's film Prem Rog in 1982. The film earned her a Filmfare Best Actress Award. She also earned a special acting award for Ahista Ahista.

Padmini was known for her professionalism and diligence. She even worked when she had fever on Do Dilon Ki Dastaan. She had more box office hits, such as Vidhaata (1982) and Souten (1983). She had a huge hit with Pyar Jhukta Nahin (1985) with Mithun Chakraborty, and they were paired together in several more films. She agreed to work with Anil Kapoor when he was a newcomer in his first film, Woh Saat Din (1983). The movie was a hit and helped cement his name in the Indian film industry; Anil Kapoor attributes his eventual success in the film industry to her 'luck factor'.

Kolhapure married producer Pradeep Sharma, alias Tutu Sharma, after he cast her in Aisa Pyar Kahan. She has a son named Priyank.

After her son grew up, she returned to acting in 2004, such as for the Marathi film Manthan and Chimnee Pakhra, which was a huge hit and earned her a Screen Award in the Best Marathi Actress category. She also appeared in the 2006 horror film Eight Shani. In 2011, she made her foray into Malayalam cinema with V. K. Prakash's Karmayogi, an adaptation of Shakespeare's Hamlet.

She was considered to play the role of Tulsi Virani in Kyunki Saas Bhi Kabhi Bahu Thi after Smriti Irani left the project, but the role was ultimately offered to Gautami Kapoor.

She appeared in Mera Bachpan with Helen in 2008. She has also acted on stage in Kaash, followed by Abhi To Mein Jawan Hoon, and Aasman Se Gire Khajoor Pe Atke with her brother-in-law Shakti Kapoor. Padmini's younger sister Tejaswini Kohlapure is also an actress. Her other sister, Shivangi Kapoor (née Kohlapure), is married to Indian actor Shakti Kapoor. She is married to Pradeep Sharma and lives in Mumbai. They have a son together. She created a sort of media scandal in the 80s when she kissed Prince Charles. 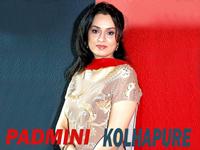 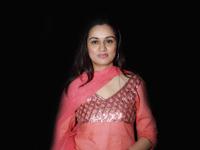 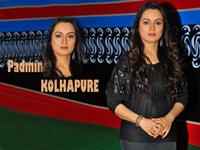 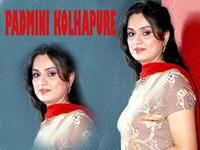