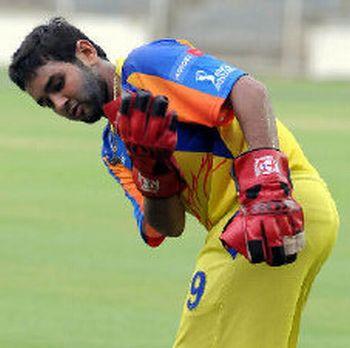 He was selected in the Indian squad for the 2003 Cricket World Cup but did not play any games, with Rahul Dravid being used as a make-shift wicket-keeper to allow the use of an extra batsman or bowler. With this policy in place, Patel only made intermittent appearances in ODIs, usually when Dravid was injured or being rested (in full or from wicket-keeping duties).

After many heartbreaks Parthiv returned to the Indian team in 2010 in the 4th and 5th Odi vs New Zealand. West Indies Tour of 2011 With wicket-keeper captain MS Dhoni rested for the tour along with several seniors such as Sachin Tendulkar, Zaheer Khan, he was entrusted with the job of wicket-keeping in the tour along with Wriddhiman Saha.