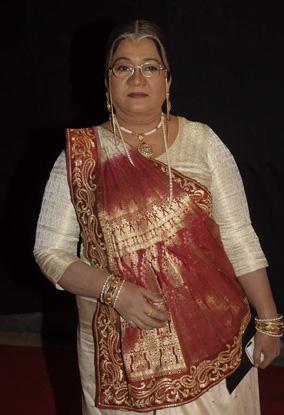 Pratima Kazmi is an Indian television actress who has worked in many Bollywood movies and Hindi television drama series. Although she now works in Hindi movies & dramas, she started her career in 1997 with an UK's English film called Sixth Happiness, produced by an Indian director Waris Hussein, in which she plays the role of a 'brothel madam'.

Despite playing some strong character positive roles, Pratima is mostly known for playing negative and grey shade roles. She is famous for her strong dialogue delivery and husky voice. She was first nominated by Star Screen Awards for her "Best Performance in a Negative Role" in 2004 for her movie Waisa Bhi Hota Hai Part II.