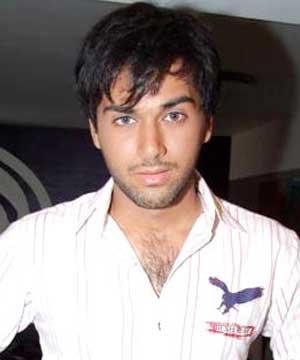 Pulkit Samrat a Punjabi was born in Delhi. The actor is suffering from back ache and has to go through a lot of ordeal while shooting for the daily. He went to Dubai to get treated but have not fully recovered. He did his schooling from "Manav Sthali School", Rajendra Nagar and "Montfort", Ashok Vihar, Delhi and his college was A P J Institute of Design, Delhi. He has completed his BMM (Bachelor in Multimedia). Also, the actor is writing a biography which he is going to release in the near future.

* He debuted as Lakshya Virani in Kyunki Saas Bhi Kabhi Bahu Thi. The Character made him the winner of Best fresh new face award at The Indian Telly Awards and Favourite Naya Sadasya(Favourite Newcomer) at Star Parivaar Awards(SPA).
* He is also a magician who is into street and illusions. He wishes to carve a niche for himself in Bollywood.
* He wants to work with likes of Sanjay Leela Bhansali and Ram Gopal Verma.
* He was supposed to make his debut in the TV show 'Goswami’s Sixxer scripted by Shobha De which got shelved.
* Later, he was supposed to do a show called Pyaar Ke Do Naam Ek Raadha Ek Shyaam but, again he had to reject the offer because of a contract with the show Sixxer.
* That's when he was offered the role of Lakshya Virani in Kyunki Saas Bhi Kabhi Bahu Thi.
* When it comes to magic he is mainly into levitation, mind reading and cards.
* He was also a model who had signed up with Elite Model Management but wanted always to become an actor.
* Pulkit quit Balaji Telefilms, and his character Lakshya was replaced by a new face, Yash Pandit.
* Right now, Pulkit is struggling to find a place in Bollywood and is staying away from Television.