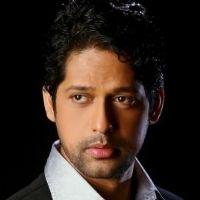 Rajesh Shringarpure is an Indian film actor who appears in Hindi ,Marathi and Hollywood films.Rajesh is best known for his negative role in Sarkar Raj. He also played an important role in Murder 3.Rajesh is known for his brawny looks.

In 2012,Rajesh played Waseem,a Central Intelligence Agency (CIA) agent in John Stockwell-directed Seal Team Six: The Raid on Osama Bin Laden which recently premiered in the US on a channel prior to the US presidential elections.Rajesh has also completed shooting for another Hollywood project titled Gandhi Of The Month in which he is sharing screen space with American actor Harvey Keitel.Rajesh is also working in Shortcut Romeo followed by a crossover film that stars Dev Patel where he plays a villain.