Rajeshwari Sachdev is a Hindi film actress, who is most known for her role in Shyam Benegal's film Sardari Begum (1996), for which she won the 1997 National Film Award for Best Supporting Actress.

She co-hosted the Zee TV musical show, Titan Antakshari from 1994 to 2001. In 2005, she along with her husband Varun Badola, took part a reality TV, Dance competition show, Nach Baliye.

She made her film debut with Marathi film 'Aayatya Gharat Gharoba' (1991) directed by Sachin. 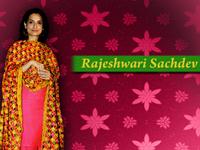 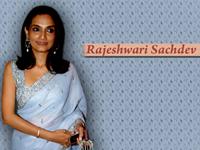 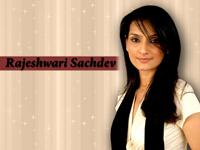