Although she came from a traditional, conservative Punjabi family, she was allowed to model at age 10.When she was a teenager, her father relocated the family to Madras, Tamil Nadu because of his job. There, she attended Good Shepherd's Convent School and acted in a school play. Bharathiraja, one of Tamil film's famous directors, was in the audience and was searching for a heroine to star in his new film. He met with Rati's father and promised the film would wrap in a month. Her father reluctantly agreed, and a sixteen-year-old Rati was very excited to star in her first film, Pudhiya Varpukal (1979).
It was also her hero Bhagyaraj's first film, and he coached her with her lines by teaching her Tamil. The film became a blockbuster, with Rati an overnight sensation. Bharathiraja soon directed her in her second film, Niram Marada Pookkal (1979).Even though she was Punjabi, South Indian audiences embraced her as one of their own. She reciprocated by calling herself "Tamilian at heart" and calling "Madras" her home.She also starred in Telugu and Kannada films and made 32 films in just three years.She worked with big banners and top stars, such as Kamal Hassan and Rajinikanth. Ironically, her entry into Hindi films came from her strong connection to South Indian cinema. She had worked with director K. Balachander once before and had been Kamal Hassan's leading lady in many South Indian films, so she wasn't surprised when they approached her for the Hindi remake of their Telugu blockbuster, Marocharithra (1979). Now re-titled Ek Duje Ke Liye (1981), the film was about passionate lovers who are torn apart by their parents in the storytelling tradition of Romeo and Juliet. It became the top grossing hit of 1981 and marked the debut into Hindi films of 5 stars of the South Indian film industry: director K. Balachander, hero Kamal Hassan, heroine Rati Agnihotri, supporting actress Madhavi, and playback singer S.P. Balasubramaniam. Although all received Filmfare nominations, only Rati and S.P. Balasubramaniam became top stars in their field. The unforgettable musical score by Laxmikant-Pyarelal rose the film to soaring heights, and there were rumors about how the film's content of tragic lovers inspired real life lovers to take their own lives. Rati's father, who was also managing her career, shielded her from the hysteria as she was still so young.He effectively kept her starring in only Hindi films after Ek Duje Ke Liye, and she ended the decade starring in over 43 Hindi films. Her biggest hits were Farz Aur Kanoon (1982), Coolie (1983) opposite megastar Amitabh Bachchan, Tawaif (film) (1985) for which she received her second Filmfare nomination as Best Actress and Hukumat (1987) opposite the Famous Bollywood Icon Dharmendra. 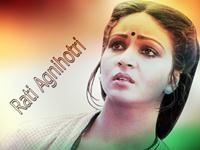 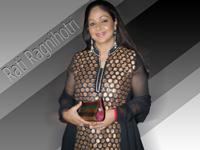 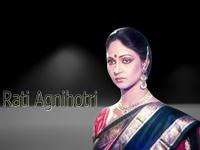