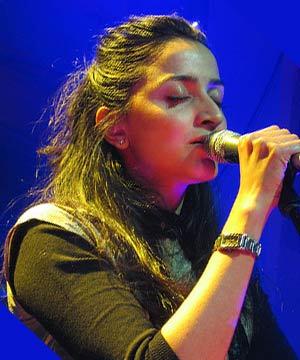 Reena describes her musical career as a “turn of fate” which came about when she received an unexpected call from her favorite Indian composer, AR Rahman, while studying at the London School of Economics.

With Rahman, she recorded her debut song, "Baba Kichhu Tha", a Tamil romantic duet with S. P. Balasubramaniam for Rajinikanth and Manisha Koirala starrer Baba in 2002. But it was in 2004, she recorded a popular solo song, “Yeh Rishta” for the Bollywood film soundtrack Meenaxi: A Tale of Three Cities directed by MF Hussain . She became the first British Asian Artist to be nominated for a Zee Cine Award for Best Playback Singer and the MTV Immies Award for Best New Film Talent of 2004.