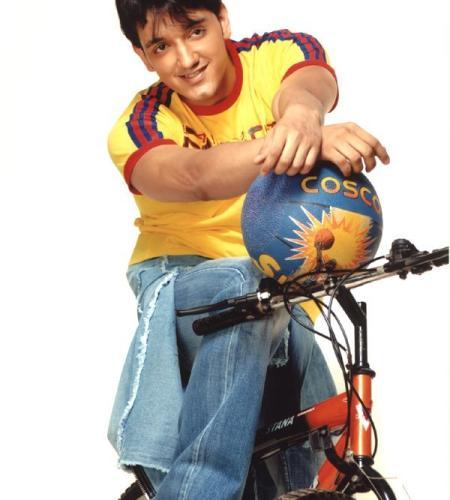 Rehan Khan (born in Mumbai, India in 1983) is an Indian singer who in February 2007 won Fame X, an Indian music competition broadcast on SAB TV. Besides a solo singing career, he is a member of the duo "Band Hungama". He also appeared in a number of Indian films.

Rehan Khan was inspired early by his family to go into music. His father, Rizwan Khan was a professional sitar player but had to leave music to take care of the family by enturing the construction business, but always encouraged his son to venture into music. In 2005, Rehan Khan tried for Indian Idol but although making to the top 30, he failed to qualify for the finals.

Khan won a music contract from Sony BMG India, and a cash prize of Rs 50,00,000 besides being featured on Sony Entertainment Network. In 2007, after his win, he released his debut single "Naujawan".

After Fame X: Visa International picked him to sing the "Inspire India Cricket" anthem in support of the Indian cricket team competing in the ICC Cricket World Cup 2007 held in West Indies. Rehan Khan was also the artist of the month on MTV India.

He followed the release of "Naujawan" in 2007 singing in the soundtrack of the Bollywood film Heyy Babyy with the song "Dil da mamla hai dilbar" composed by Shankar-Ehsaan-Loy.

In Band Hungama: Rehan Khan also made a musical partnership with Raja Hasan, a winner of three singing reality shows to form a band named "Band Hungama". They went on to perform more than 250 live shows all across India, and in Indian diaspora communities in the United States, the United Kingdom and the United Arab Emirates up to Hong Kong. The band was promoted and managed by X Factor Entertainment.