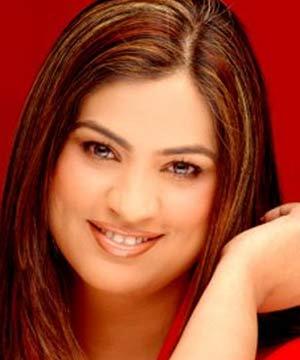 Richa Sharma (born 29 August 1972) is an Indian film playback singer as well a devotional singer. In 2006, she sang Bollywood's longest track, the bidaai song, in film Baabul (2006).Richa Sharma was born in 5L-90, NH5 in Faridabad, Haryana, the youngest of seven children of a temple priest. Her father Pandit Daya Shankar Upadhyaya and mother Manorma Devi taught young Richa the art of singing bhajans, particularly Mata Ke Jagran, which slowly and steadily became her destiny in the initial years of her life.

Richa Sharma was eight years old when she was invited to sing before religious congregations in and around Delhi. She got herself enrolled in the Gandharva Mahavidyalaya. Under the tutelage of Pandit Aaskaran Sharma, Richa went on to get proper training in Indian classical and light music. Richa added ghazals; film songs, Punjabi and Rajasthani folk songs to her repertoire, thus making her voice reach out to more and more people in a variety of sounds.

While music was at its peak in Richa’s life, academic education had to be sacrificed and without any backing with a dream to make it big in the music world, Richa landed in Mumbai in 1994. She sang cover versions and bhajans in order to ensure she had her bread and butter and simultaneously continued her struggle in Bollywood. She made her debut in Bollywood with Sawan Kumar’s Salma Pe Dil Aa Gaya in 1996 and followed it up by a number of films until the big hit came by in the form of Taal where she sang for A.R. Rahman.

The versatile playback singer has also done quite a few albums to showcase her talent. Albums like Ni Main Yaar Nu Sajda Kardi, Piya and Winds of Rajasthan (for Times Music released early 2004) have brought out the classiness and grace in Richa’s voice and her variety as a singer.