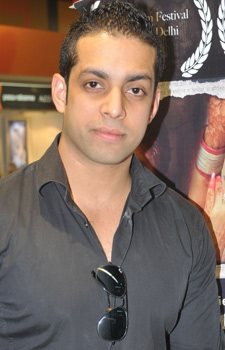 Salil Acharya is an actor, known for Aashiqui 2 (2013), Awarapan (2007) and 3: AM: The Hour of the Dead (2014). Salil Acharya is a Hindi Cinema and Indian TV actor who has appeared in a number of reality shows and dramas. He has also hosted shows for the popular Indo-Asian network B4U as a VJ. Acharya made his Bollywood debut in Mohit Suri's 2007 hit film Awarapan. He is also a voice-over artist for Radio City 91.1.

Salil Acharya made his Bollywood debut in Mohit Suri’s Awarapan (2007). Prior to this, Acharya has worked in various fields. He was a Radio jockey, TV host and a television actor who starred in various drama serials and reality shows. He was seen in Extreme Dhamaka on AXN and has been a VJ for B4U network over the last 7 years. He is currently hosting a variety of shows on B4U Music and is the breakfast radio jockey for Radio City 91.1. His shows include "Kasa Kai Mumbai" which is rated the number one radio show of Mumbai in its segment. He was last seen hosting a popular reality show, "Kaun Jeetega Bollywood Ka Ticket" on 9XM.