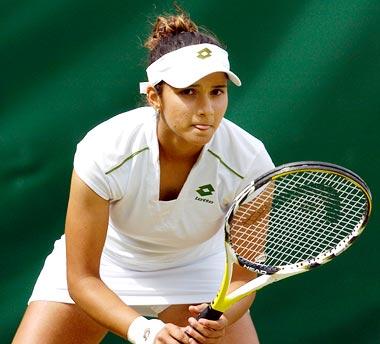 In a cricket obsessed country like India, tennis player Sania Mirza's hysterical fan following speaks volumes about her achievements. Mirza's meteoric rise to stardom has made her an inspiration for the young sports enthusiasts across the country. By becoming the first Indian woman to reach the third round of a Grand Slam tournament at the 2005 Australian Open, Mirza proved that tennis in India is not merely dominated by the male counterparts. She improved her Grand Slam performance by reaching the fourth round of the US Open in the same year. Read on to know more about the profile of tennis star Sania Mirza.

Sania Mirza was born to Imran Mirza (a sports journalist) and Nasima Mirza (homemaker), on 15 November 1986. Brought up in a devout Muslim family in Hyderabad, Sania had the passion for tennis at a very early age and started playing the game, when she was six years old. She attended Nasr School in Hyderabad and graduated from St. Mary's College. Trained by her father, Sania was motivated by her family to take the game seriously.

Sania Mirza took up tennis as her profession in 2003. She was a debutante in the India Fed Cup team held in April 2003. Her maiden event fetched her instant recognition, because she won all the three single matches. She went on to win the 2003 Wimbledon Championship Girls' Doubles title, by pairing up with Russia's Alisa Kleybanova. Sania didn't have to turn back thereafter. Soon, she became the highest ranked Indian female tennis player. She managed to acquire the 27th position in singles, while she was ranked 18th in the doubles event.

In 2004, Sania Mirza emerged as the runner-up at the Asian Tennis Championship. She holds the distinction of being the first Indian woman to make it to the Grand Slam tennis tournament. In the early 2005, she set a record by becoming the first Indian woman to enter the fourth round of a Grand Slam event at the 2005 US Open, by tasting victory over Mashona Washington, Maria Elena Camerin and Marion Bartoli. In the same year, Mirza managed to enter the third round of the Australian Open, but eventually lost to champion Serena Williams. The year 2006 proved to be a purple patch for Sania Mirza, as she notched up three top 10 wins of the year.

Sania Mirza won a silver medal in the Women's Singles event and a gold in the Mixed Doubles event (teamed up Leander Paes) at the 2006 Doha Asian Games. During the 2007 summer Hard Court season, Mirza came with best results of her careers. She finished eighth in the 2007 US Open. She was chosen to represent India at the 2008 Beijing Olympic Games, in the Women's Singles and Doubles events. By winning the Mixed Doubles event at the 2009 Australian Open, with Mahesh Bhupathi, Mirza emerged as the first Indian woman to win a grand slam event. In the present time, Sania Mirza is the toast of the nation as exemplified by the growing brand endorsements and the spawning of a number of Sania fan sites in the net. 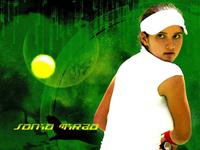 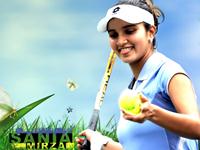 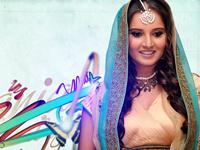 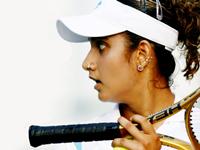 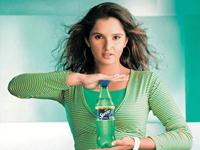 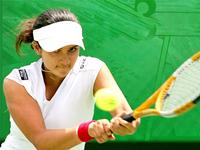 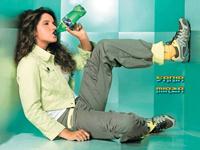 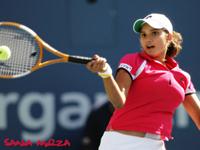