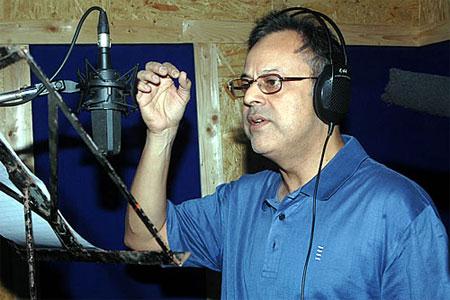 Shailendra Singh (born 4 October 1952) is an Indian playback singer. He sang several Hindi songs during the late seventies and the early eighties.Shailendra Singh was born in Mumbai, India. He studied at Hill Green High School at Pedar Road, and did his graduation from St Xavier’s College, Mumbai. He then joined the Film and Television Institute of India in Pune to train as an actor, but got his first break as a playback singer in the film, Bobby, during his second year at the FTII.

Shailendra Singh had many hit songs to his credit. The renowned film maker Raj Kapoor gave Singh a break when he signed him for Bobby. The song "Main Shayar To Nahin" became a big hit after which offers started pouring in. His song "Humne Tumko Dekha" from the film Khel Khel Mein rocked the entire nation. However, his popularity was short lived. mainly sang for rishi kapoor. hit songs-hoga tumse pyara kon,pyar me kabhi -2,

He even tried his hand at acting in films like Agreement (with Rekha) and Do Jasoos, but those films flopped. filmfare nominations-main shayar to nahin-bobby-1974

Following is the list of songs sung by him :