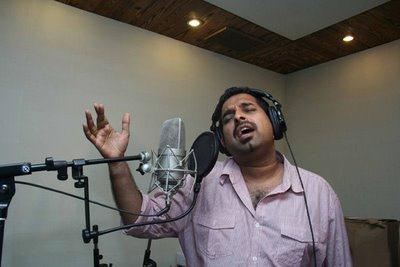 Shankar Mahadevan is an Indian music composer and singer. He is a part of the Shankar Ehsaan Loy trio team that composes for Indian films and a playback singer.

Shankar Mahadevan was born and brought up in Chembur, a suburb of Mumbai, to a Tamil Iyer family from Kerala. He learned Hindustani classical music and Carnatic music in his childhood and started playing the veena at the age of five. He studied under Srinivas Khale, a well known Marathi music composer. He went to Our Lady of Perpetual Succour High School in Chembur. He subsequently attended SIES College in Sion and completed his HSC. He graduated in 1988 with a degree in Computer Science Engineering from Ramrao Adik Institute of Technology in Navi Mumbai under the auspices of Mumbai University. He worked as a software engineer on Oracle Version Six.

After working for a while for Leading Edge Systems, Shankar ventured into the field of music. He earned his first award as a playback singer in a Tamil movie, collaborating with A. R. Rahman and winning a National Film Award for his song in Kandukondain Kandukondain. A prominent star in the Kodambakkam film industry, he gained further recognition upon the release of his first music album, Breathless, in 1998. On the title track of the album, he purports (unverifiably and quite dubitably) to sing through the whole song in a single breath. He later got into music direction and became a part of the Shankar–Ehsaan–Loy trio, composing music for Hindi films.

He has sung in many movies for A. R. Rahman, Anu Malik and other music directors, performing songs like "Urvashi Take It Easy" from Humse Hai Muqabla (1995), "I Love You" from Auzaar (1997), "Kay Sera Sera" from Pukar (2000) and many more songs in the nineties. Most of the songs sung by him in Hindi are composed by him (as part of Shankar-Ehsaan-Loy). He has sung numerous songs in Tamil for a multitude of composers, ranging from veterans to newcomers. He has also sung in Telugu, Malayalam, Kannada, Marathi and other regional languages. In Marathi he has sung for noted composers like Shridhar Phadke and Ajay-Atul.

He enjoyed a successful run with the fusion jazz band SILK with Louis Banks on keyboards, Sivamani on percussion, Sridhar Parthasarathy on mridangam and Karl Peters on bass guitar.

Shankar Mahadevan has also provided vocals for several songs by the band Remember Shakti, which features musicians including Chandan Sharma|(Musician) |Chandan Sharma|,|Zakir Hussain, John McLaughlin, U. Srinivas and Selvaganesh Vinayakram. He was music director for the famous "School Chale Hum" song that used to come on Doordarshan.

He was a mentor on Zee TV's musical reality show Sa Re Ga Ma Pa Challenge 2009.

In March 2009 he performed at Ragam 09, an intercollegiate cultural festival hosted by the National Institute of Technology, Calicut (NITC) in Kerala.

In February 2010 he performed at Kuruksastra 10, an intercollege cultural festival hosted by the SASTRA University, Thanjavur in Tamil Nadu.

In September 2010 he performed at PULSE-2010, India's Second largest Inter-college Festival at All India Institute of Medical Sciences.

In Marathi, Shankar Mahadevan has sung for noted music directors like Ajay-Atul and Shridhar Phadke.