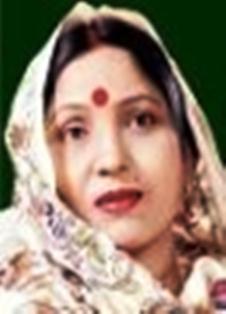 She has one son and one daughter. Son Ashu is a Web Designer and daughter Vandana is married to Sanju Kumar, Vice President (Legal), Yes Bank and lives in New Delhi with her three years old daughter Anushka.