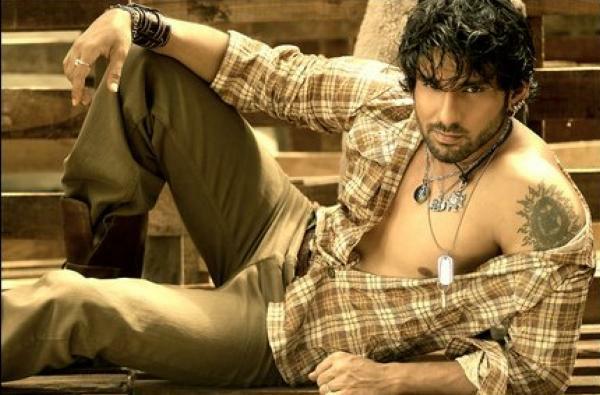 Sikandar Kharbanda (born 30 January 1979) is an Indian film and television actor, most known for his role in TV series like, Kahaani Ghar Ghar Kii, Kasautii Zindagii Kay and Kaahin Kissii Roz. He has acted in Hindi as well as over twenty Bhojpuri films. Born in 1979, he did his Bachelor of Arts from Venkateshwara College, Delhi, University of Delhi.

Sikandar made his debut on TV with the popular TV soap Kahani Ghar Ghar Ki. He then played the role of Yash Garg , who was a rich spoilt brat This was a serious role.He played the role of Om Agarwal's youngest cousin who was raised in Singapore as a modern broadminded boy, who often got in conflict with his other cousins due to his anger and broadminded thoughts.He changed after being falsely accused of the rape of Khushi Kantilal Shah(played by Naveeda Mehdi) , with whom he was in love and was also the eye witness of her gangrape by his 2 elder brothers.Although this was an important character , he never got recognition.

He was noticed for his comic skills and casted as Indroniel a.k.a Indro a.k.a Joker. He made a guest appearance in Kahani Teri Meri , Karam apna apna , and Aa Gale Lag Jaa. Later he appeared in Tumhari Disha as Taj. His next role was as Vikram in Kahin Kissi Roz. He played another comical negative character in Pari Hoon Main as Balma and Do hanson ka joda as chacha of Ritu He did another comic role in Hindi hai hum. Currently he is doing a negative role(a bit comical character) in Apno Ke Liye Geeta ka dharmyudh. This is his second serial with Urvashi Dholakia. He also appeared in many Hindi movies.

He made his bollywood debut as a lead actor with the movie Bad Boys opposite Rakhi Sawant.He did many other movies as a supporting actor. Style , Taarzan the wonder car , Meri life mein uski wife , Aur Pappu pass ho gaya and Jigyaasa are the most famaous among them. He also appeared in Ramsay' brothers movie Aatma. He made his bhojpuri movie debut with the movie Ram Balram among famous bhojpuri actors Ravi Kishan and Nagma. He has done many bhojpuri movies such as Jogi jee dheere dheere , Aapan mati aapan desh , Badka Sahab , Gabbar Singh , Rampur ka Laxman ,Pandit Ji Batain Na Biyah Kab Hoyee many of them have been huge hits. Especially Gabbar Singh which was produced by Balaji Telefilms and had Ravi Kishan in the title role. The director and other lead actor in this movie was Mahesh Babu ( played Veeru ).He played Jai which is very close to him since he is a huge fan of Amitabh Bachchan.

He married his co-star Geetanjali Tikekar Kharbanda, from Kasauti Zindagi ki. They dated each other 2 and a half years before marriage. The couple have a son named Shaurya Kharbanda born on 1 December 2008. His uncle is actor, Shakti Kapoor. His costar from Style Rinki Ali Khan created controversy before this marriage by claiming that they were dating each other once. Sikandar never commented on this claim. Since she is an out of work C grade model , many believe that she did it as a publicity stunt. 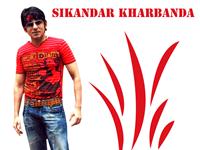 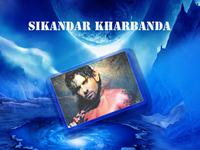