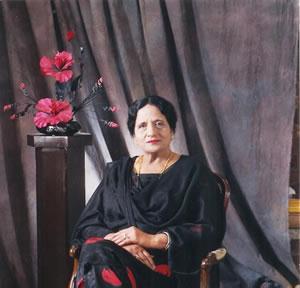 Surinder Kaur, was an Indian singer and songwriter. She sang mainly Punjabi folk-songs, where she is credited for pioneering and popularising the genre and later was known as the ‘Nightingale of Punjab’; she also sang some Hindi movie songs, between 1948-1952.