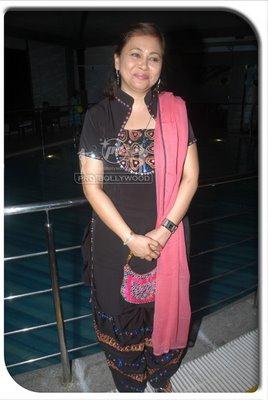 Sushma Shrestha also known as Poornima, is a noted Nepali singer who has sung many Nepali, Hindi and Marathi songs in the Nepali and Indian music industry. Sushma started her career as a child singer in the Ramesh Sippy directed, 1971 film Andaz. In that film, she sang under the music direction of Shankar-Jaikishan the song "Hai Na Bolo Bolo" along with Suman Kalyanpur and Pratibha. The song went on to become a hit.

She also sang numerous Nepali songs; the most popular one is from the 1980 Nepali movie Sindoor, 'Ali Ali Haar Ho'. She is mostly remembered for her songs like "Tera Mujhse hai pehle" from Aa Gale Lag Jaa (1973) and "Kya Huwa Tera Vada" from Hum Kisi Se Kum Nahin (1977); both earned her nominations for the Filmfare Best Female Playback Award.