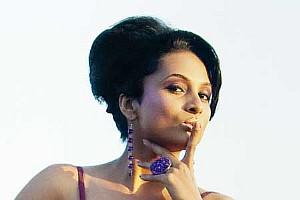 Suvi Suresh born as Swetha Suresh on 26 September is an Indian singer. She was a member of the band S5 launched by the channel SS Music. She shot to fame with the song "Kodana Kodi" from Saroja, composed by Yuvan Shankar Raja. She is now member of a second band called Soulsonic.

Swetha hails from Thrissur, Kerala, India. She owes her name to a spelling mistake. She wanted to be known by her pet name "Swe" but on the Kuruvi cover her name was printed as "Suvi". She auditioned for SS Music's voice hunt competition at age 17 and was selected as part of the band S5 with Benny Dayal, Anaitha Nair, Bhargavi Pillai and Arjun Sasi.