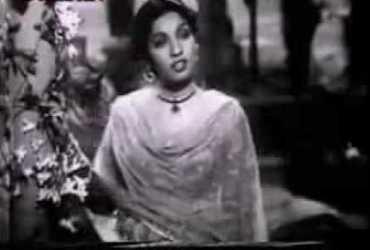 Uma Devi was the screen name of Indian playback singer and actress-comedienne, Uma Devi Khatri, who is often called the 'first woman comedienne of Hindi cinema'.

She arrived in Bombay (Mumbai) at the age of 13, having run away from home, and knocked on composer Naushad’s door. She told him that she could sing and that she would throw herself in the ocean if he didn’t give her a chance. He auditioned her, and hired her on the spot.

She made her debut as a solo playback singer, in Nazir's Wamiq Azra (1946), working with legends like Naushad Ali, soon she signed a contract with the producer-director A.R. Kardar, who used Naushad as music director, and went on make a place for herself amidst music stalwarts like, Noor Jehan, Rajkumari, Khursheed and Zohrabai Ambalewali.