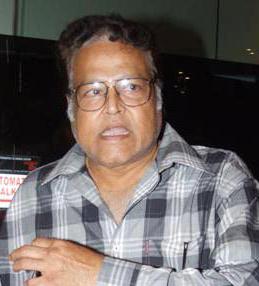 Viju Khote (Vittal Bapurao Khote) (born 17 December) is an Indian actor who has worked as character actor in more than 300 films in Hindi cinema and Marathi cinema. He is especially famous as the dacoit Kalia in the film Sholay and the dialogue, Sardar maine aapka namak khaya hai and Robert in movie Andaz Apna Apna.

He has acted in several comedy roles, and on television he is most remembered for his role in Zabaan Sambhalke (1993). He has also acted in Marathi theatre over the years.

He is actress Shobha Khote's twin brother. Their father Nandu Khote was a noted stage actor and in silent movies, whose sister was actress Durga Khote.