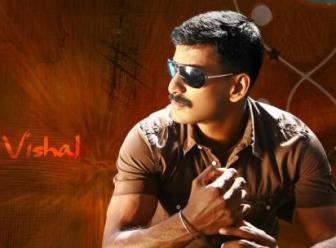 Vishal Krishna is an Indian film actor who has appeared in primarily Tamil cinema. Often starring in his home productions, Vishal became an actor after a stint as an assistant director in films.

Vishal played his first role in the romantic thriller Chellamae, before going on to secure a run of three consecutive successes with roles as action hero in the 2005 film, Sandakozhi, and with Thimiru in 2006. After appearing in two further successful films, the failure of his hyped home production, Sathyam halted his streak. Following further commercial failures, he enjoyed success again with Avan Ivan (2011), which became a significant film in his career.

After completing his degree in Visual Communication at Loyola College, Vishal was able to secure an apprenticeship with noted film-maker Ram Gopal Varma but his parents refused and wanted him to work in South Indian films. Vishal subsequently went on to assist actor-director Arjun in his ventures Vedham and Ezhumalai. Whilst on the sets of Arjun film, a producer spotted Vishal on the sets and signed him to appear in Gandhi Krishna's directorial debut, Chellamae.

Accepting the role, Vishal prepared by joining Koothu-P-Pattarai to hone his acting skills and played the protagonist role of Raghunandan whose wife, played by Reemma Sen is kidnapped by her childhood friend, portrayed by Bharath.[3] The film opened to rave reviews and subsequently went on to become a commercial success, but Vishal's performance was overshadowed by Reemma Sen's and Bharath's with a critic claiming his performance is "apt" but "there was plenty left to hone".

His next film was Sandakozhi with Linguswamy who had previously worked with his father's production house as an assistant director. The action film co-starring Meera Jasmine and Rajkiran, upon release became a blockbuster and its Telugu dubbing also created an impact.

His next film was Sandakozhi with Linguswamy who had previously worked with his father's production house as an assistant director. The action film co-starring Meera Jasmine and Rajkiran, upon release became a blockbuster and its Telugu dubbing also created an impact.

The success of Sandakozhi saw further opportunities arise for Vishal, with film journalists claiming that he was "the fastest rising action hero" of the time.

After a cameo as himself in Sai's Dishyum, he went on to appear alongside Reemma Sen for the second time and Sriya Reddy in Tarun Gopi's action film, Thimiru. The film opened to mixed reviews with Vishal being praised for his intense performance with a critic claiming his performance "is the film's only strength and, to an extent, making up for the weak script and poor characterisation".The film eventually went on to become Vishal's third consecutive commercial success, and he began to emerge as a new leading actor in Tamil films. 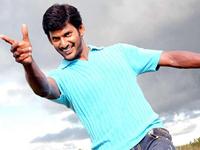 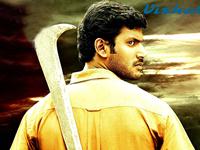 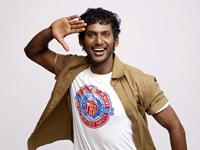 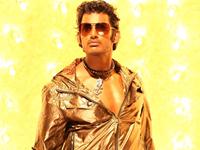