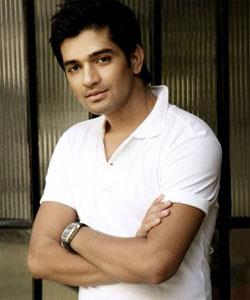 His co-star was Priya Bhathija who played the role of the older daughter, Ganga Walia when the story took a 16 year leap after the protagonist,Bani Walia played by Prachi Desai[ now Gurdeep Kohli] was burned and drowned by the antagonist Meera. His character,Rishi,was as Ganga's friend who later on falls in love with her. He also worked in Ekta's Kuchh is Tarah on Sony.