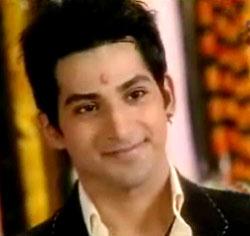 Vivan Bhatena is an Indian model and actor. He portrayed the role of the vice captain of the India national cricket team, Abimanyu Singh, in the 2007 hit film, Chak De India.

Vivan Bhatena, 2001 Grasim Mr India title holder, was also seen on the stage in Sandiip Sikcand’s Champagne On The House. He even played the role of Shashank in the series Pyaar Ka Bandhan on Sony entertainment television.