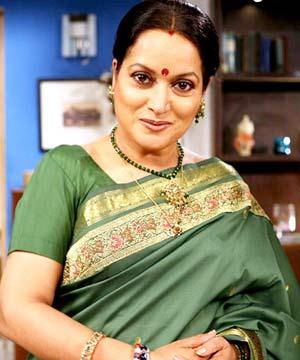 Himani Shivpuri, is Indian, film, theatre and television actress, who is most known for her role in Sooraj R. Barjatya's film Hum Aapke Hain Koun...! (1994), and as 'Devki Bhojai' in TV serial Humrahi (DD National).

She was born and brought up in Dehradun, Uttrakhand, her father Haridutt Bhatt was a Hindi teacher at Doon School, Dehradun, where she also received her school education. Even while she was at school she was actively involved in school plays, and while doing her post graduation in 'Organic Chemistry', her interest grew and she started acting plays simultaneous to her studies.

Eventually she joined National School of Drama, New Delhi and graduated in 1984.Her ancestral village is village Bhatwadi, district Chamoli, Uttarakhand. She has a son Katyayan, and was married to actor Gyan Shivpuri, who died in 1995.

After graduating from National School of Drama she worked with NSD Repertory Company for sometime before moving to Mumbai.

Shivpuri made her film debut in 1984 with (Ab Ayega Mazaa), followed by In Which Annie Gives It Those Ones a TV film, in (1989), also starring Shahrukh Khan. She acted in many art film thereafter like Shyam Benegal's Suraj Ka Satvan Ghoda (1993), and Mammo (1994), though her big commercial break came with Sooraj R. Barjatya's Hum Aapke Hain Koun...! (1994).

She made her television debut with TV serial Humrahi (DD National), directed by Kunwar Sinha, which gave her considerable popularity as her role of 'Devki Bhojai' was widely appreciated. Thereafter she became a regular feature on Indian television, starring in serials like,Hasratein on ZEE TV in 1995 as an unsatisfied wife forced to marry a man double her age & looking out for extra marital affair to satiate her needs, Kasautii Zindagi Kay, Kyunki Saas Bhi Kabhi Bahu Thi as Raksha, Chandni, Dollar Bahu (Zee TV), Josh[disambiguation needed] (Star Plus), Ek Ladki Anjaani Si and most recently in Ghar Ek Sapna (Sahara One), and India Calling (Star One). She has also just started Baat Hamarri Paki hai on Sony Entertainment Television Asia[3][4]

Over the years she has worked for many film production houses including Yash Raj Films (owned by director Yash Chopra), Rajshri Productions and Dharma Productions (owned by Yash Johar). She has been recently seen in the J.P. Dutta's film Umrao Jaan. Himani Shivpuri now plays Kul in Zee's Hamari Betiyoon Ka Vivaah. 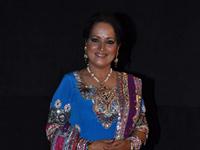 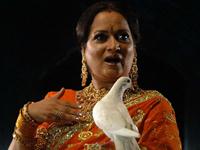