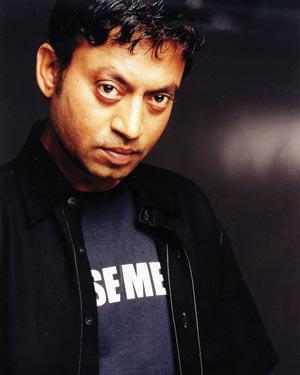 After graduating in 1987, Khan moved to Mumbai, where he acted in numerous television serials like Chanakya, Bharat Ek Khoj, Sara Jahan Hamara, Banegi Apni Baat, Chandrakanta (Doordarshan), "AnooGoonj" on Doordarshan" Star Bestsellers (Star Plus), and Sparsh. He was the main villain in a series called Darr (which aired on Star Plus), where he played the role of a psycho serial killer, opposite Kay Kay Menon. He also played the role of famous revolutionary Urdu poet and Marxist political activist of India Makhdoom Mohiuddin in Kahkashan produced by Ali Sardar Jafri.

He acted in some of the episodes of Star Bestsellers (aired on Star-Plus). In one of the episodes, his role was of a parchoon shopkeeper who has a misconception that his landlord's wife is trying to seduce him and it turns out that his own wife (Tisca Chopra) is cheating on him. In the other one, he played the role of an office-accountant who, after being insulted by his female boss, took revenge. He also appeared in a serial called Bhanvar (aired on SET India) for two episodes. In one episode, he performed the role of a thug who somehow lands in court, where he presents himself as a lawyer.

Theatre and television kept him afloat until Mira Nair offered him a cameo in Salaam Bombay (1988) though his role was edited out in the final film.
In the 1990s he appeared in the critically acclaimed film Ek Doctor Ki Maut and Such a Long Journey (1998) and various other films which went unnoticed.

After many unsuccessful films, things changed when London-based director Asif Kapadia gave him the lead in The Warrior, a historical film completed in 11 weeks on location in Himachal Pradesh and Rajasthan. In 2001 The Warrior opened in international film festivals, making Irrfan Khan a known face.

In 2003 he acted in Indian born writer-director, Asvin Kumar's short film, "Road to Ladakh". After the film received rave reviews at international festivals, the film is now being made into a full length feature, again starring Irrfan Khan.That same year he played the title role in the critically acclaimed Maqbool, an adaptation of Shakespeare's Macbeth.

His first Bollywood main lead role came in 2005 with film Rog. Thereafter he appeared in several films either playing the leading role or a supporting role as a villain. In 2004 he won the Filmfare Best Villain Award for his role in film Haasil.

In 2007, he appeared in the box office hits Metro, for which he received a Filmfare Best Supporting Actor Award, and The Namesake. They were closely followed by his appearance in the international films A Mighty Heart and The Darjeeling Limited. Even after becoming a successful actor in Bollywood, he has not severed his ties with television. He anchored a show Mano Ya Na Mano (airing on Star One). He hosted another programme named Kyaa Kahein which was similar to Mano Ya Na Mano.

In 2008, he was featured as a narrator in an Arts Alliance production, id - Identity of the Soul. The performance toured worldwide, with tens of thousands turning out to see the event as it toured the West Bank. He also plays the police inspector in the 2008 film Slumdog Millionaire, for which he and the cast of the movie won a Screen Actors Guild Award for Outstanding Performance by a Cast in a Motion Picture. In 2009, he featured in the film Acid Factory. Khan has stated that he wants to do more and more action films in the future.He also appeared as an FBI agent in New York and as a Gujarati diamond merchant in New York, I Love You. His future films include Paan Singh Tomar in which he will essay the role of real-life Rajput runner Paan Singh Tomar.

He recently worked on the third season of the HBO series In Treatment, enacting the part of Sunil, who is finding it difficult to come to terms with his wife's death and loneliness after moving to New York, USA. Khan said in an IGN interview that he will be playing a character named Nels Van Atter in the 2012 Spider-Man reboot, also the true identity of Proto-Goblin, an adversary of Spider-man. 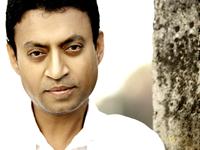 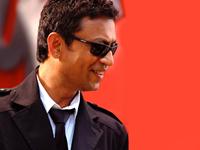 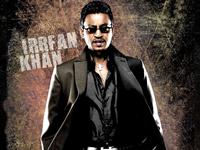 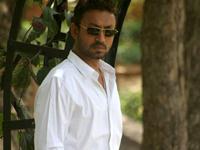 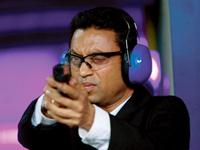 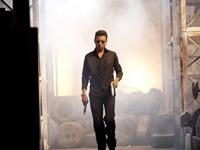 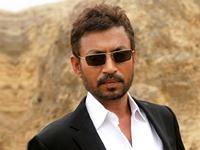 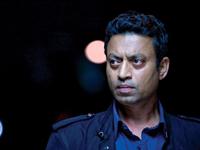 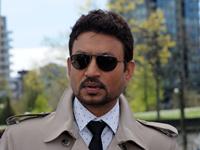