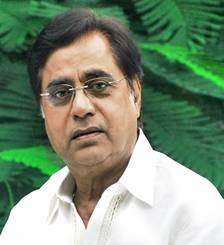 Jagjit Singh (born February 8, 1941) is a prominent Indian Ghazal singer, composer, music director, activist and entrepreneur. Popularly known as "The Ghazal King" he gained acclaim together with his wife, another renowned Indian Ghazal singer Chitra Singh, in the 1970s and 1980s, as the first ever successful duo act (husband-wife) in the history of recorded Indian music. Together, they are considered to be the pioneers of modern Ghazal singing and regarded as most successful recording artistes outside the realm of Indian film music. He has sung in Punjabi, Hindi, Urdu, Bengali, Gujarati, Sindhi and Nepali languages. He was awarded India's third highest civilian honour, the Padma Bhushan, in 2003.

Widely credited for the revival and popularity of Ghazal, an Indian classical art form, through his music in landmark films such as Prem Geet (1981), Arth and Saath Saath (1982), and TV serials Mirza Ghalib (1988) and Kahkashan (1991), Jagjit Singh is considered to be the most successful ghazal singer and composer of all time, in terms of both critical acclaim and commercial success. With a career spanning over five decades and a repertoire comprising 80 albums the range and breadth of his work has been regarded as genre-defining. He is the only composer and singer to have composed and recorded songs written by Prime Minister - Atal Behari Vajpayee, also a critically acclaimed poet - in two albums, Nayi Disha (1999) and Samvedna (2002). India's current Prime Minister Manmohan Singh and his wife Gursharan Kaur are known to be his avid admirers.

Jagjit Singh is the first Indian composer, and together with his wife Chitra Singh the first recording artist in the history of Indian music to use digital multi-track recording for their (India's first digitally recorded) album, Beyond Time (1987). He is regarded as one of India's most influential artistes. Together with sitar legend Ravi Shankar and other leading figures of Indian classical music and literature, Singh has voiced his concerns over politicisation of arts and culture in India and lack of support experienced by the practitioners of India's traditional art forms, particularly folk artists and musicians. He has lent active support to several philanthropic endeavors such as the library at St. Mary's School, Mumbai, Bombay Hospital, CRY, Save the Children and ALMA. 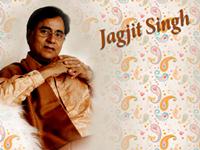 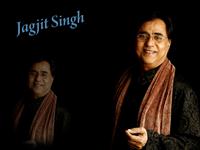 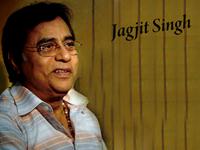