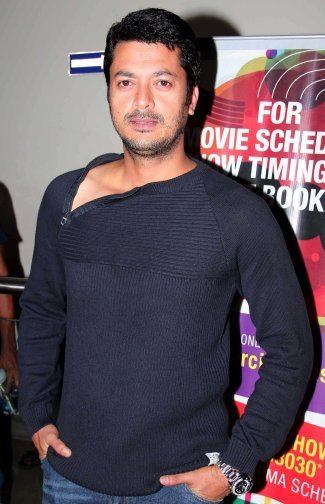 Jisshu Sengupta popularly known as Jisshu, is a popular Bengali film actor. Though, his real name is Biswaroop Sengupta, he is more famous as Jisshu, his pet name. He is the son of Ujjwal Sengupta, also an actor of Bengali films. His mother, Mukta Sengupta, was a homemaker and a wedding planner. Jisshu has an elder sister, Satarupa (Rai) Sengupta, who was previously married (now divorced) to Anindya Bose, the lead singer from the Bengali band, Sahar. Initially, Jisshu was a cricketer, who represented Bengal in some sub junior games. But he was more keen to make a career in the Bengali film industry. He got his first break in a mega serial, Mahaprabhu as the lead character: Chaitanya Mahaprabhu. After that, there was no looking back for him. He is a popular figure in contemporary Bengali television. He has recently (June 2011) made a comeback on Bengali television, with the megaserial Aparajito, which is being produced by his own company, Blue Water pictures, and is possibly the very first serial based on a male protagonist.

Jisshu has worked with renowned directors like Shyam Benegal (in Netaji Subhas Chandra Bose: The Forgotten Hero), and Rituparno Ghosh in The Last Lear (in which the co-actor was Amitabh Bachchan), Shob Charitro Kalponik, and Abohoman, and with Gautam Ghose in Abar Aranye.

Jisshu is an integral part of the Bengal Tigers T20 team in the 2012 Indian Celebrity Cricket League. His half century in the match against the Kerala Strikers was well appreciated. Jisshu is now, as of 2012, currently hosting musical-reality show Sa Re Ga Ma Pa: Gane Gane Tomar Mone on Zee Bangla.