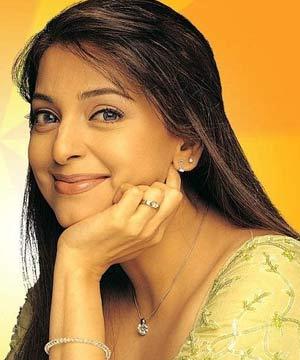 Chawla ventured into films with the 1986 Sultanat. She also acted in Kannada classic Premaloka directed by Ravichandran in 1987. Her first major role in Bollywood was in Qayamat Se Qayamat Tak in 1988, in which she starred with Aamir Khan. The film, a modern-day adaption of Shakespeare's Romeo and Juliet, became both a major critical and commercial success. It won the Filmfare Best Movie Award, and Chawla won the Filmfare Lux New Face Award and received her first nomination for Filmfare Best Actress Award.The film subsequently received classic status.
In 1990, she starred in such films as Pratibandh, which was a box office success and for which she was nominated the Filmfare Best Actress Award, and Swarg.In 1992, she was nominated for a Filmfare for Bol Radha Bol which performed well commercially.
In 1993 she starred in the moderately successful project Aaina, and hits like Lootere opposite Sunny Deol and Mahesh Bhatt's hit Hum Hain Rahi Pyaar Ke.She followed it with a leading role in Yash Chopra's thriller Darr, which went on to become the third top-grossing film of the year in India.She won the Filmfare Best Actress Award for her performance in Hum Hain Rahi Pyar Ke.Most of Chawla's films of 1994-6 were unsuccessful, though she received a Filmfare nomination for her performance as a battered wife in Daraar.She had a revival in 1997 with such romantic comedies as Yes Boss, Deewana Mastana and Ishq. Ishq became one of the top-earners of the year, and Chawla received her sixth Filmfare nomination for her portrayal of a model in Yes Boss.
Chawla's pairing with Aamir Khan and their on-screen chemistry was often cited by the media as successful.She has also teamed up with Shahrukh Khan in several movies, including Raju Ban Gaya Gentleman, Darr, Duuplicate and Yes Boss.
Juhi Chawla as Chandrika in 3 Deewarein
Through the 2000s, Chawla started appearing in independent and art films, and her work in the genre included the critically acclaimed films 3 Deewarein, 7½ Phere and My Brother Nikhil, which Taran Adarsh termed as "amongst the finest in her career".She won a Star Screen Award for Best Supporting Actress for 3 Deewarein.
She was seen in Nikhil Advani's Salaam-e-Ishq: A Tribute To Love for which she received good reviews.She starred with Urmila Matondkar in Bas Ek Pal (2006) and with Manoj Bajpai in Swami. Juhi's latest releases include Ravi Chopra's Bhoothnath with Amitabh Bachchan, in which she made her singing debut with the song "Chalo Jaane Do". Another film called Krazzy 4 with Irfan Khan and Arshad Warsi was released in 2008. Both Bhootnath and Krazzy 4 were critical and commercial successes in India. In 2009, she appeared in a supporting role in Luck By Chance for which she dyed her hair blonde. The film got extremely positive reviews and has got a good opening at the box office.
Chawla has appeared in several non-Hindi language films. She has appeared in three Punjabi films: Shaheed Uddham Singh (2000), Des Hoyaa Pardes (2004), and Waris Shah: Ishq Daa Waris (2006). Her first Malayalam film was Harikrishnans, which also starred actors Mohanlal and Mammootty. In the beginning of her career she acted in Kannada films, which include the successful Premaloka and unsuccessful films like Shanthi Kranthi and Kindara Jogi. She acted with popular Kannada actor Ravichandran in all these three films.
Her last release was Onir's critically acclaimed feature I Am Megha(2011) alongside her one-time rival Manisha Koirala playing Juhi Chawla's childhood friend. The feature consists of a few movies with different storylines with I Am Megha being one of them. 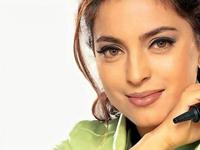 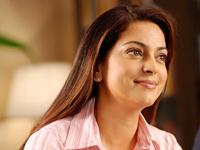 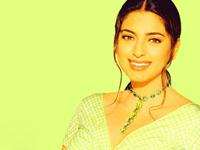 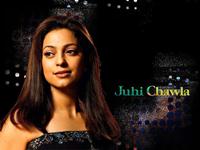 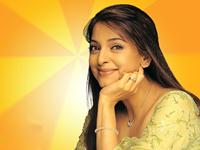 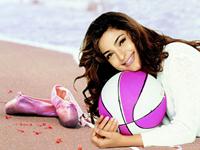