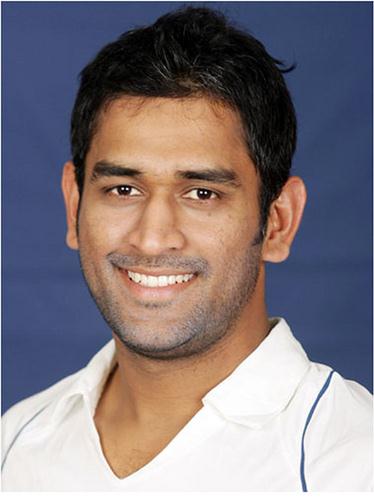 Mahendra Singh Dhoni, (born July 7, 1981 in Ranchi, Bihar) (now in Jharkhand) is an Indian cricketer and the current captain of the Indian national cricket team. Under his captaincy, India won the 2007 ICC World Twenty20, CB Series of 2007 08 , the Border-Gavaskar Trophy in 2008 and 2010 against Australia 2 0 and 2011 Cricket World Cup in which India beat every previous world cup winning team.

Under Dhoni's captaincy India became the first team after a gap of more than 20 Years to whitewash Australia in a Test series. Dhoni also led the Indian team to the number one position in ICC rankings in Test cricket for the first time. Dhoni has also been the recipient of many awards including the ICC ODI Player of the Year award in 2008 and 2009 (the first Indian player to achieve this feat), the Rajiv Gandhi Khel Ratna award and the Padma Shri, India's fourth highest civilian honour in 2009.

Dhoni was named as captain of Wisden's first-ever Dream Test XI Team in 2009 and has topped the list of world's top 10 earning cricketers compiled by Forbes. 7.1 ODI Cricket 7.2 ODI records 7.3 Man of the Series Awards 7.4 Test cricket 7.5 Test records Dhoni is one of the number of wicket-keepers who have come through the ranks of junior and India A cricket teams to represent the national team Parthiv Patel, Ajay Ratra and Dinesh Karthik also followed this route. Along with Gautam Gambhir, Dhoni made multiple centuries against the Pakistan-A team in a tri-nation series and was selected in the Indian national team later in that year. Dhoni scored 148 against Pakistan in his fifth ODI match in 2005 then the highest score by an Indian wicketkeeper.

Later in the year, he broke his own record as well as set the current world record for the highest score in the second innings in ODI matches as he scored 183* against Sri Lanka. Dhoni's form dipped through 2006 as India lost matches at the ICC Champions trophy, DLF Cup, away bilateral series against West Indies and South Africa. A return to form in the home series against West Indies and Sri Lanka in early 2007 proved to be an inaccurate indicator of Dhoni's form as India crashed out of the first round in the 2007 Cricket World Cup. After the World Cup, Dhoni won the Man of the series award in the bilateral ODI tournament against Bangladesh. 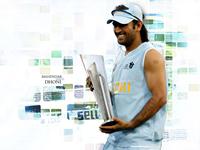 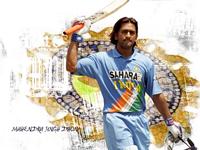 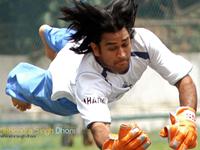 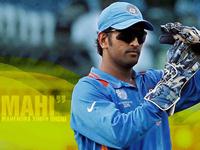 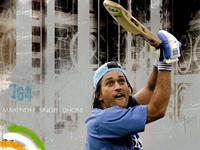 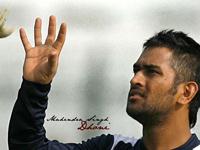 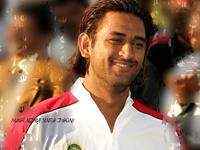 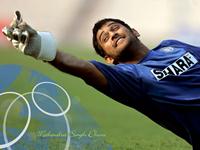 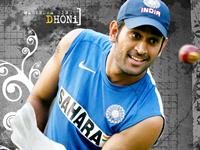