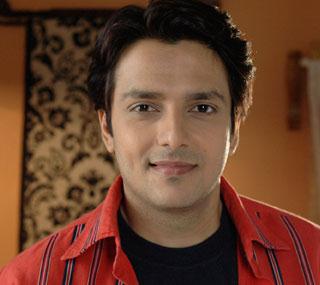 The young and talented actor Mehul Kajaria portrayed the character of Rohit Gheewala in the serial `Teen Bahuraniya`. He played the role of a television show writer in this soap. Prior to this show Mehul has featured in the most popular Balaji soap `Kyunki Saans Bhi Kabhi Bahu Thi` as Harsh Virani, the younger son of Mihir Virani and Tulsi Virani.

In that soap he was playing a very devoted role and gets married to Mohini much against the wishes of his parents. Mehul Kajaria has also been seen in several television shows namely `Hip Hip Hurray Part II` which used to be broadcasted on Zee Television, `Koi Apna Sa` on SONY TV Channel, `Kehta Hai Dil` on Star Plus channel. Recently he was seen playing the role of Vinay in Ratna Sinha`s `Babul Ka Aangann Chootey Naa` on Sony, a role that has some grey shades to it.

He has also acted in movies like `Mujhey Kuch Kehna Hai` where he played Tushar Kapoor`s friend. His fans expect to see him a lot more in terms of good work and great roles in the coming times.