Mohit Chauhan (born March 11, 1966) is an Indian pop and playback singer, most known for his romantic ballads. He started his career singing Indian pop songs with the band Silk Route, which released two albums, Boondein (1998) and Pehchan. The song "Dooba Dooba" became a rave in the Indipop music scene. However, the band dissolved. He would stay off the scene for a while until he came back with the song "Guncha" in 2005 from the "Main, Meri Patni Aur Woh" for which, he would also compose. Impressed by his vocals, he was then approached by A. R. Rahman to sing for the movie Rang De Basanti. The song "Khoon Chala" earned him rave reviews. However, it wouldn't be until 2007 when music director Pritam approached him for the song Tum Se Hi for the movie Jab We Met that Chauhan would finally get his long deserved success.

Chauhan was born in the town of Nahan in Sirmaur district, Himachal Pradesh, set on a hill top in the Shiwalik Hills, to Krishana Rana and B.K Rana.He first attended St. Xavier's School, Delhi and then again moved to Himachal Pradesh to complete his education. Chauhan went to college in Bilaspur, Mandi, Kullu, and Nahan and graduated with a Master of Science in Geology from the Dharamshala College in Himachal.Mohit has a brother, Rohit Chauhan who is a senior officer in Excise and Taxation officer.

He never received formal training in music, but sings and plays guitar, harmonica and the flute. After completing his education in Himachal, Chauhan came to Delhi where he formed the band Silk Route with his schoolmate Kem Trevedi (pianist) in 1996. Boondein was their first album and included the song "Dooba Dooba". In Bollywood, his career started when he sang the A. R. Rahman song "Khoon Chala" in Rang De Basanti. he loves singing song.

Mohit Chauhan had his first brush with success with the song "Dooba Dooba" from the Silk Route band's album Boondhein. The album debuted at number one on the album chart. Boondhein featured songs in Hindi, English, and Pahadi, and the band won several awards at the Channel V awards in 1998.

Chauhan's career in Bollywood began when he sang for A. R. Rahman in the 2006 film Rang De Basanti.His songs "Khoon Chala" and "Masakali" from the films Rang De Basanti and Delhi-6 respectively, composed by Rahman and "Tum Se Hi" from the film Jab We Met,composed by Pritam, were successful. His subsequent chartbusters included the songs "Tu Ne Jo Na Kaha" for the 2009 film New York, "Ye Dooriyan" for Love Aaj Kal, and "Pehli Baar Mohabbat Ki Hai" for Kaminey. In 2010, he won the Filmfare Award for Best Male Playback Singer for "Masakali".He also sung two superhit tracks "Bheegi Si" from the Movie Raajneeti and "Pee Loon" from Once Upon A Time In Mumbaai both arranged and directed by Pritam. His latest hits are "Pee Loon" from Once Upon A Time in Mumbai,"Tujhe Bhula Diya" from Anjaana Anjaani directed by Vishal-Shekhar . Recently "Yun Hi" from Tanu Weds Maanu is another addtion to his superhit songs. He sang his first Bengali song for the movie Sedin Dekha Hoyechilo and also he sang his second bengali song for the movie Paglu (2011). 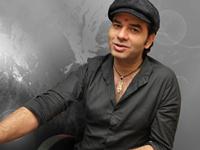 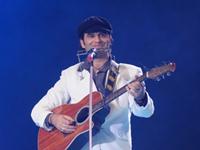 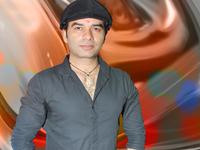 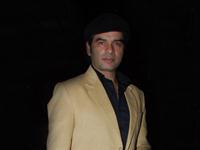