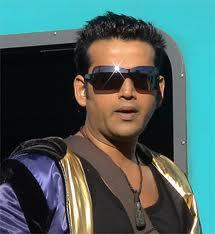 Ravi Kishan (born 1971) is an Indian film actor and television personality, who works in Hindi cinema and Bhojpuri cinema. In 2006, he participated in Bigg Boss, the Indian version of Big Brother. He has starred in a number of commercially successful Bhojpuri films, frequently starring opposite Nagma.

In June 2008 he was awarded the Most Popular Actor award at ETV Bhojpuri Cinema Samman 2008 function.

* Ravi Kishan is married to Preeti; they have a son and 3 daughters. His Father's name is Mr. Shyama Shukla, He lived at his home town, Bisuin(Barain), Jaunpur.

Bisuin is a very small village of just 20 families aproxx. Bisuin is situated on the border of Varanasi Jaunpur district of Uttar Pradesh. There are three entrance gates in the village. His family members are Mr. Kailash Nath Shukla(Lecturer), Mr. Udayraj Shukla (Businessman). 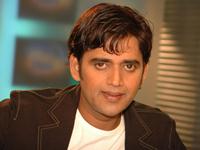