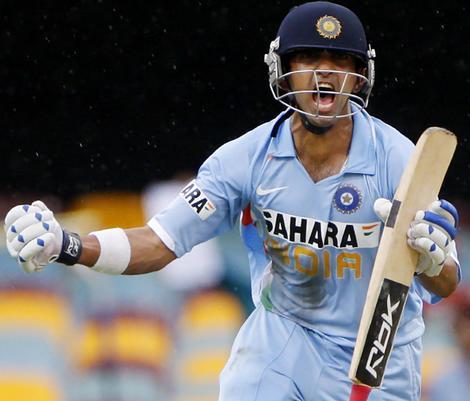 Shikhar Dhawan (born 5 December, 1985 in Delhi) is an Indian first class cricketer who played in the 2004 U-19 Cricket World Cup where he was the leading run scorer, his total of 505 runs from seven innings is a record for a single U-19 World Cup. He made his runs at an average of 84.16 with three centuries and was named the Player of the Tournament.

His successful run continued when he made his Ranji debut for Delhi in 2004-05, finishing as the team's leading run-getter with 461 runs. He had been a consistent performer for his state side since, as his average of nearly 45 indicates. He played a pivotal role in his team's Ranji title win in 2007-08, scoring 570 runs in eight games.

He played for the Delhi Daredevils in the Indian Premier League and made 4 half centuries. He was also the third highest scorer of the Delhi Daredevils team. He was traded to the Mumbai Indians in exchange for Ashish Nehra. He has played for the Mumbai Indians in the second and third season of the IPL. For the fourth season he was bought by the Deccan Chargers for $300,000.

He made his ODI debut against Australia in Visakhapatnam in October 2010 after several senior players were rested. He opened the innings in the run-chase. He did not score from the first ball and was bowled off the next by Clint McKay.

He made his T-20I debut against West Indies in June 2011 tour at Queen's Park Oval, under captaincy of Suresh Raina and opened along with debutante wicket-keeper Parthiv Patel in which he scored 5 of 11 deliveries faced before being caught behind to keeper Andre Fletcher of captain Darren Sammy.

In the 1st ODI of the tour, with India needing 215 to win, he scored a 51 of 76 balls (3 fours, 1 six) before being held at the deep-mid wicket by Lendl Simmons of leg-spinner Anthony Martin. It was his maiden ODI fifty.{Noting that West Indies are weak at that present time} India eventually won the match by 4 wickets with 31 balls to spare with the help of Rohit Sharma's contribuation. In the 2nd ODI of the tour he scored 3 runs of 4 balls and in the 3rd ODI he scored 4 runs of 15 balls, which declares his bad form in world cricket. In Ground,While playing, his body language declares that he is one of the worst player selected for the indian cricket team. 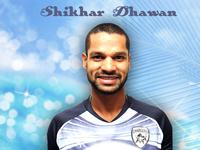