Shweta Menon is an Indian model, film actress and television anchor. She has predominantly acted in Hindi and Malayalam language films, besides appearing in a number of Tamil productions.

Starting her career as an actress in Malayalam feature films in the early 1990s, she ventured into modeling and becoming noted, after participating and winning at several beauty pageants, which led to her debut in Bollywood. Following appearences in over 30 Hindi films, in which she generally conveyed a glamorous image, her acting career took a turn by the mid-2000s, with her returning to Malayalam cinema and accepting substantial roles.[1] She received critical praise and several accolades for her performance in Paleri Manikyam: Oru Pathirakolapathakathinte Katha (2009).

Menon hails from Tirur in Kerala, but currently lives in Mumbai. Her father served the Indian Air Force while her mother remained a housewife. She studied in Kendriya Vidyalaya No. 1, East Hill, Kozhikode. She competed in the Miss India contest in 1994 and finished second runner up behind Sushmita Sen and Aishwarya Rai. She became the first Gladrags female super model in 1994 (Kelly Dorjee was the male super model) and then, Miss Asia Pacific runner up in 1994 in Manila Cebu Island, Philippines. She is 5 feet, 7 inches tall.

She started her career as an actress with the 1991 release Anaswaram, a Malayalam film, directed by Jomon, as the heroine of Mammootty, after which she focused on modeling. She subsequently won several pageants before returning to movies. She returned to Malayalam through Thantra and then went on to do famous Malayalam films such as Keerthi Chakra (2006) and the award-winning Paradesi. Her performance as Sarojini - a middle-class woman who fights against extreme odds - in the film, Madhya Venal earned her a special mention by Jury Chairman Bahman Ghobadi - famous Iranian director at the International Film Festival of Kerala. Some of her Bollywood movies include, Asoka (2001), Maqbool (2003) and Corporate (2006).

In 2010, she won the Kerala State Government's Best Actress for her outstanding portrayal of Cheeru, a village woman in the film Paleri Manikyam : Oru Pathira Kolapathakathinte Katha directed by Ranjith. She also won Mathrubhumi-Amrita TV Special Jury Award and Asianet Film Award for Best Supporting Actress for the same film.

In 2011, Shweta starred in the remake of Rathinirvedam, originally a Jayabharati starrer Malayalam film, produced by Suresh Kumar and directed by T K Rajiv Kumar.

Shweta recently approached a local court and the Women's Commission in Kerala after the distributor of her movie, Kayam tied up with Musli Power, a sex stimulant drug, to jointly promote the movie. "Met with Womens' Commission regarding the Kayam ad and they offered me full backing. Thank you all and I hope justice will be done," she tweeted recently. While media profusely supported her with wide coverage, many saw it as a bold attempt by a female actor against what she perceived as gross injustice to her.

Besides working in films, she has anchored several TV, stage and film awards shows. Her stunning looks, style and panache made her one of Kerala's popular TV anchors through the musical programme - Star Wars on Kairali TV in 2008.

She won Asian Television's Best Anchor award for the same program. In Hindi, she was a host of a Group Dance based show named Razzmatazz on Zee TV along with actor Arshad Warsi. The next television show which she did was Dancing Queen in 2008 on Colors and later in 2010, she anchored the Malayalam reality show, Honeymoon Travels on Surya TV.

The show became an instant hit for Shwetha's accented Malayalam and her attempts to read from the original script without a formal learning in the language. Recently, she appeared as a contestant with her father in game show, Deal or No Deal on Surya TV.

On 18 June 2011, she married Sreevalsan Menon, a native of Thrissur who works in Mumbai. The ceremony took place at the Neythalappurath Sastha Ayappa temple, Valanchery, Kerala. 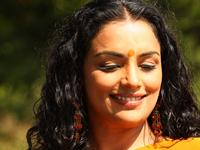 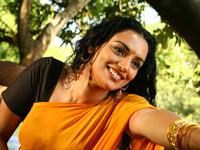 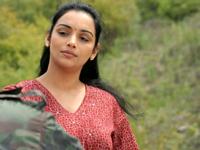 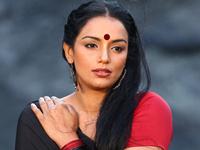 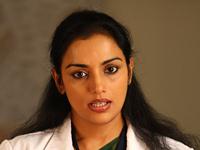 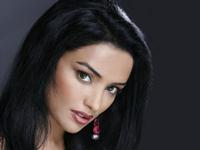 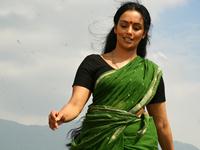 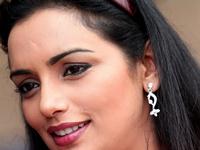 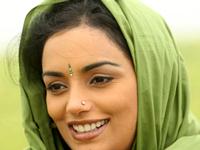