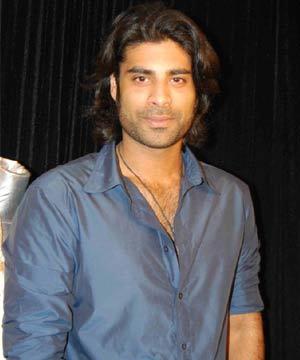 Sikander Kher is an Indian actor. Son of Kirron Kher and step-son of Anupam Kher, he began his filming career with Woodstock Villa (2008). His foray into Bollywood has been met with hope and promise by the media, and received several positive reviews. As a multi-faceted person, he assisted Sanjay Leela Bhansali in directing the Bollywood film, Devdas (2002). Prior to his debut film, Kher was the first to have been offered the role played by Saif Ali Khan in Dil Chahta Hai (2001).

Sikandar was born to Kirron Kher and Gautam Berry in 1981. Taking Sikander along, Kirron left Gautam for Anupam Kher in 1985. Kirron said in an interview that Sikander had no problems adjusting with Anupam because they were more like friends.

Having been brought up in a family deeply involved with films, Sikander's upbringing was influenced by acting. As a child, he loved to enact fictitious scenes created by his father. While at school, he was a below average student.

After schooling, his first step into the film industry was assisting Yash Chopra in filming Dil To Pagal Hai (1997). On similar lines, while Kirron was acting in Sanjay Leela Bhansali's Devdas (2002), Bhansali acceded to Sikander's request to assist him in film making. Subsequently, he attended his father's acting workshop along with Uday Chopra and other celebrity children such as Abhishek Bachchan and Hrithik Roshan.

Thereafter, he could only join the short-term 6-month National School of Drama course because he did not hold a Bachelor's degree. He is also a member of the International Film And Television Club of Asian Academy Of Film & Television, Noida.

Sikander was the first to have been offered the role of Sameer in Dil Chahta Hai (2001). Due to reasons unknown, he could not take up the role. Although with his lineage in cinema, he could have chosen to have a prominent production house introducing him to Bollywood, he chose to try by himself, and soon he got an offer from producer Sanjay Gupta. After liking the story told to him, he accepted the offer to act in the film, Woodstock Villa.

The film's review by Hindustan Times said that even though Sikander had potential, it was limited by the film's screenplay and direction. On the other hand, Times of India said that he had a great screen presence. CNN-IBN's Rajeev Masand, who was highly critical about the movie, said that Sikander had an "engaging presence and impressive dialogue delivery." The media had an overall positive outlook to his debut and said that he was of promise to the film industry. 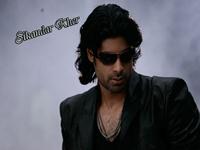 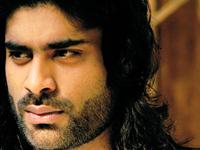