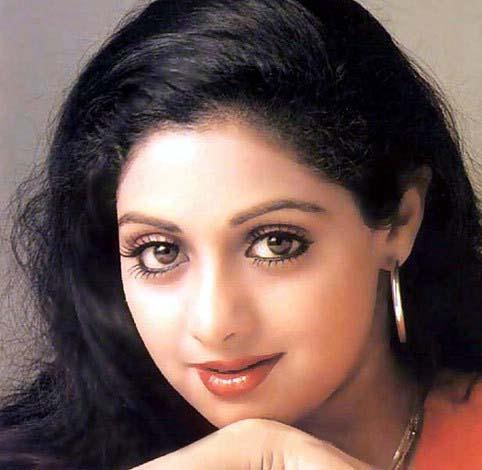 Sridevi, born as Shree Amma Yanger (13 August 1963) is an Indian actress who was a popular actress in Tamil, Hindi, Telugu, and Malayalam films. Starting to act at the age of four, she made her debut as an adult in the late 1970s. After going on to establish herself as one of the most successful actresses of the 1980s and early 1990s, she left the industry in 1997 to raise her children. During her career, she has won four Filmfare Awards, two for Hindi films, and one each for Tamil and Telugu films.

Sridevi was born as Shree Amma Yanger to Ayyapan and Rajeswari on 13 August 1963 in Sivakasi, Tamil Nadu. Her father was a lawyer. She has a sister and two step brothers. Sridevi married Boney Kapoor, a film producer and the elder brother of actors Anil Kapoor and Sanjay Kapoor, in 1996. They have two daughters, Jhanvi and Khushi (Krishna). Her mother tongue is Tamil.

Sridevi started her career as a child actor in the 1967 Tamil movie Kandan Karunai playing the role of young Muruga, and acted in many Tamil and Telugu movies from then on. During her early teens, she acted in a number of Tamil, Telugu, Hindi, Kannada and Malayalam movies as a lead actress.

In 1976, Sridevi got her first big break as heroine in K. Balachander's Moondru Mudichu, where she starred opposite rising stars, Rajinikanth and Kamal Hassan. She then followed with a succession of films with both Haasan and Rajnikanth. With the former, she was in movies such as Guru, Sankarlal, Sigappu Rojakkal, Thaayillamal Naan Illai, Meendum Kokila, Vazhvey Maayam, Varumayin Niram Sigappu, Neela Malargal, Moondram Pirai and 16 Vayathinile and with Rajnikanth, she appeared in movies such as Gayathri, Dharma Yuddham, Priya, Johnny, Ranuva Veeran, Pokkiri Raja, Thanikattu Raja, Adutha Varisu and Naan Adimai Illai.

Towards the tail end of her Telugu film career, Sridevi started acting in Hindi movies. Many of these initial movies starred Jeetendra and were remakes of her Telugu movies, mostly directed by K. Raghavendra Rao and K. Bappaiah. In 1978, she starred in her first Hindi film, Solva Saawan. In her second movie, Himmatwala, she starred opposite Jeetendra.

The film went on to be a blockbuster and established Sridevi as a star in Bollywood. The Jeetendra Sridevi pair also delivered more hits like Tohfa, Mawaali and Justice Chaudhury. In 1983, she starred opposite Kamal Hasan in the drama Sadma, remade from the Tamil hit Moondram Pirai starring the same lead actors. Her performance as an amnesiac patient won her much critical acclaim.

Her performances in the '80s included Justice Chowdhary, Mawaali, Maqsad, Tohfa, Karma, Nagina, Mr India, Suhagan and Aulad. In 1989's Chaalbaaz, she played a double role as twin sisters which won her the first Hindi Filmfare Best Actress Award. The same year, Sridevi also received a nomination for Yash Chopra's Chandni. The songs and dances of the film became a rage while Sridevi's white costumes started a trend called "The Chandni Look" in North India.

In 1991, Sridevi played a double role in Chopra's inter-generational romance Lamhe opposite Anil Kapoor. Although the film failed commercially, critics applauded it and Sridevi won the second Filmfare Best Actress Award of her career. In 1992, she starred opposite Amitabh Bachchan in Khuda Gawah, where she had a double role as a pining Afghan wife and her spirited daughter. The Telugu film Kshana Kshanam was released in the same year and brought her a South Filmfare Award and a Nandi Award for Best Actress. The failure of Roop Ki Rani Choron Ka Raja (1993) was a big setback to her career, but she continued to deliver fine performances. Gumrah (1993), Laadla (1994) and Judaai (1997) were some of her notable performances in this period.

Since Retiring: After a six-year hiatus, Sridevi briefly returned to the small screen in the Sahara sitcom Malini Iyer (2004–2005). She also appeared on Jeena Isi Ka Naam Hai (2004) for Karisma Kapoor and as a judge in the TV show Kaboom (2005). She performed a medley of some of her musical numbers at the 52nd Filmfare Awards 2007. She is a member of the Board of Directors at the Asian Academy of Film & Television.

On September 19, 2009, Sridevi appeared on the famous Sony TV show 10 Ka Dum hosted by Salman Khan. On the episode, she and her husband, Boney Kapoor, were guests, along with actor-director Prabhudeva, actress Ayesha Takia and the musical duo Sajid-Wajid, all of whom had come to promote their film Wanted.

Sridevi has also appeared on ramps in Lakme Fashion Weeks 2008 and 2010 and the HDIL Couture Week 2009 as Showstopper for prestigious designers like Neeta Lulla, Queenie Dhody and Priya-Chintan.

Sridevi also developed passion for painting which has since brought her foreign attention. In March 2010, her paintings have been chosen by a reputed international art auction house. The auction was set to start in April 2010, and all the money raised has been donated.She is said to be making a comeback in films with Gauri Shinde's (R. Balki's wife) debut film named "English Vinglish". 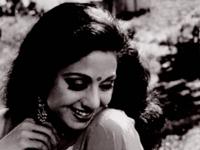 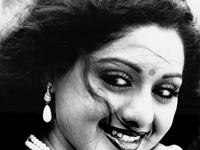 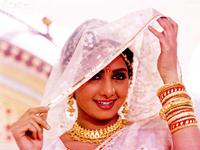 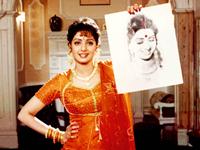 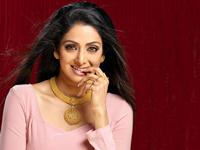 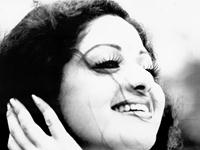 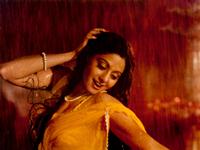