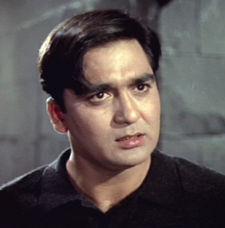 Sunil Dutt was born in Sunil Balraj Dutt, was an Indian Hindi movie actor (also acted in some Punjabi movies), producer, director and politician. He was the cabinet minister for Youth Affairs and Sports in the Manmohan Singh government (2004–2005). His son, Sanjay Dutt, is also an actor.

In 1984 he joined the Congress (I) party and was elected to Parliament for five terms from the constituency of Mumbai North West. In 1968, he was honoured with the Padma Shri by the Government of India.

Sunil Dutt was born on 6 June 1929 in the village of Khurd in the Jhelum District of Punjab, British India now in Pakistan, in a Mohyal Brahmin family.

After the Partition of India his family settled in a small village on the bank of river Yamuna called Mandoli in what was Ambala district of East Punjab (now Yamunanagar district of Haryana). The Partition had a great toll on his family who had lost all their wealth and, in fact, he was left begging in the streets of Delhi before he re-joined his family. Later he moved to lucknow and spent a long time in Aminabad Galli during graduation and to fulfill his dreams he moved to Bombay. In Bombay, he joined Jai Hind College as an undergraduate and took up a job.

Starting out in radio, Sunil Dutt was a hugely popular on the Hindi Service of Radio Ceylon, the oldest radio station in South Asia. He moved to acting in Hindi films and got introduced to the film industry in the 1955 film Railway Platform. He shot to the stardom in the 1957 film Mother India in which he co-starred with Nargis, whom he married on 11 March 1958. In the film, Dutt played a short-tempered, angry son of Nargis. During the making of this film a fire accident happened on the sets. It is believed that Dutt braved the raging fire to save Nargis and thereby won her love.

Dutt was one of the major stars of Hindi Cinema in the late 1950s and 1960s and continued to star in many successful films which included Sadhna (1958), Sujata (1959), Mujhe Jeene Do (1963), Khandaan (1965) and Padosan (1967). His collaboration with B.R. Chopra proved to be successful in films such as Gumraah (1963), Waqt (1965) and Hamraaz (1967). One of his favourite writers and friend until the end was Aghajani Kashmeri who wrote his Ghazal, Mujhe Jeene Do, Yeh Raaste Hain Pyar Ke, among others. Aghajani had a special connection to him because Sunil's wife Nargis was launched by Aghajani in a movie he wrote for the famous director-producer Mehboob Khan, called Taqdeer. Aghajani and Mehboob visited Nargis' mother's home on Marine Drive in Bombay as she came home from school and both decided she would play the lead role. "It was a heart rending letter of condolence that Sunil Dutt wrote to me", says Kashmeri's son Zuhair Kashmeri when the former died in 1998 in Toronto, Canada.

He created a record of sorts by directing and starring in the unique film Yaadein (1964) in which he was the only actor in the cast. He later turned producer of the 1968 film Man Ka Meet which introduced his brother Som Dutt who was unsuccessful in films. In 1971 he produced, directed and starred in the big-budget period romantic film Reshma Aur Shera (1971) which was a huge failure at the box office.

He launched his son Sanjay's career with the film Rocky in 1981 which was a success. However shortly after its release his wife died of pancreatic cancer. He set up Nargis Dutt foundation in memory of his wife for the cure of cancer patients. He was also a sponsor of the India Project, a Nobel Peace Prize-nominated organization akin to Operation Smile for the treatment of Indian children with facial deformities.

In 1982 he was appointed as the Sheriff of Bombay, an apolitical titular position, a position bestowed on him by the Maharashtra government for the period of a year. He turned character actor in the 1980s often playing an elderly police officer or family patriarch at the centre of family feuds. He retired from the film industry in the early 1990s to turn to politics after his last few film releases including Parampara (1992) and Kshatriya (1993).

His political career was halted for some years in the early 1990s when he worked to free his son from jail after he was arrested following Hindu-Muslim clashes in Mumbai.

In 1995 he won the Filmfare Lifetime Achievement Award for his contribution to the film industry for four decades.

He returned to films shortly before his death in the 2003 film Munna Bhai M.B.B.S.. In this film he shared the screen with son Sanjay for the first time although they had both appeared earlier in Rocky (1981) and Kshatriya (1993) but did not appear in any scenes together.

He died of a heart attack at his residence in Bandra, Mumbai in his sleep. His seat in Parliament was contested by his daughter, Priya Dutt who eventually won it and is a Member of Parliament from North West Mumbai. His death coincided with the death of film producer Ismail Merchant who was famous for his Merchant-Ivory productions. 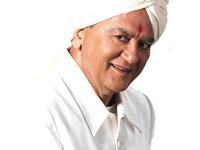 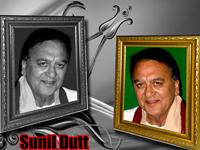 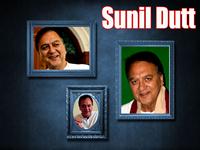