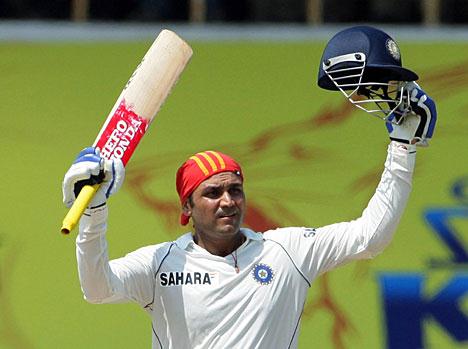 Virender Sehwag was (born 20 October 1978, in Delhi, India), affectionately known as Viru, the Nawab of Najafgarh, or the Zen master of modern cricket, is one of the leading batsmen in the Indian cricket team. Sehwag is an aggressive right-handed opening batsman and a part-time right-arm off-spin bowler. He played his first One Day Internationa...l in 1999 and joined the Indian Test cricket team in 2001. In April 2009, Sehwag became the only Indian to be honored as the Wisden Leading Cricketer in the World for his performance in 2008, subsequently becoming the first player of any nationality to retain the award for 2009.

Sehwag holds multiple records including the highest score made by an Indian in Test cricket (319), which was also the fastest triple century in the history of international cricket (reached 300 off only 278 balls) as well as the fastest 250 by any batsman (in 207 balls against Sri Lanka on 3 December 2009 at the Brabourne stadium in Mumbai). Sehwag also holds the distinction of being one of four batsmen in the world to have ever surpassed 300 twice in Test cricket, and the only one to score two triple centuries and take a five-wicket innings haul. In March 2009, Sehwag smashed the fastest century ever scored by an Indian in ODI cricket, from 60 balls.

Sehwag was appointed as vice-captain of the Indian team under Rahul Dravid in October 2005 but due to poor form, he was later replaced by V. V. S. Laxman in December 2006 as Test vice-captain. In January 2007, Sehwag was dropped from the ODI team and later from the Test team as well.

During his term as vice-captain, Sehwag skippered the team in place of injured Dravid in 2 ODIs and 1 Test. Following his return to form in 2008 and the retirement of Anil Kumble, Sehwag has been reappointed as the vice-captain for both Tests and ODIs. By early 2009, Sehwag had reestablished himself as one of the best performing batsmen in ODI cricket. 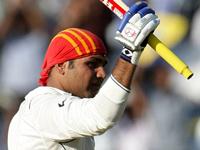 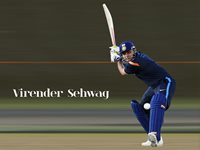 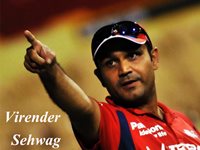 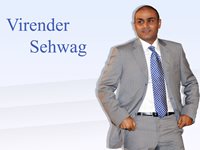 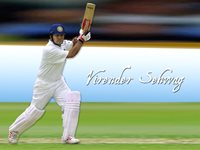 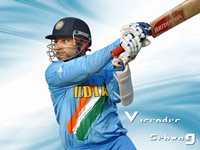 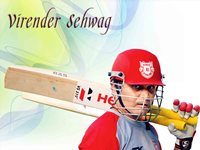 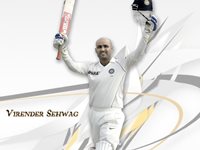 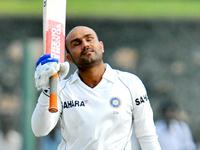