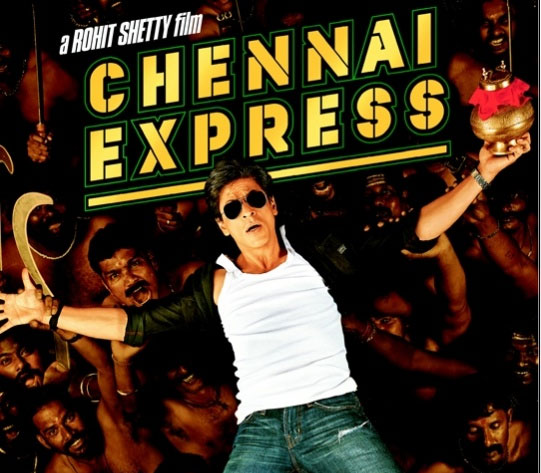 Salman Khan's Ek Tha Tiger joined the coveted 100 crore club as early as within five days of its release. Now SRK's Chennai Express seems to have beaten that feat. Shah Rukh Khan and Deepika Padukone's pairing has worked its magic yet again. Their fun-ride in Chennai Express has got the film a big achievement. Chennai Express has collected an impressive average of Rs. 33.12 crore on the first day of its opening, according to OneIndia.in. The numbers clearly indicate that SRK's film has outshone Salman's Ek Tha Tiger, which pocketed Rs. 31.25 crore on its first day. Despite witnessing a dip in numbers on the second day, Chennai Express still managed to collect a decent average of Rs 28.05 crores. Its business on the third day saw pick-up, and as per OneIndia.in, the flick got Rs 32.50 crores.

Thus, Chennai Express has evidently packed in a remarkable punch by entering the celebrated 100 crore mark in just three days. The film has collected a total of Rs 100.42 crores over the weekend. Interestingly, Rohit Shetty's film has also surpassed paid-preview figures of Aamir Khan's 3 Idiots at Rs. 2.7 crore. Opened in about 3500 screens across the nation on Eid, Chennai Express saw packed cinema-halls, and happily cashed in on the festive season.