Irrfan Khan said that Hollywood can affect the business of Bollywood

Internationally acclaimed actor Irrfan says that Indian cinema is being dominated by foreign films and this has affected the business of Bollywood films. Hollywood films like Furious 7, Avengers: Age of Ultron and Jurassic World have proved their mettle at the box office in India earlier this year. The 48-year-old actor, who has starred in various hit foreign films like Slumdog Millionaire, The Amazing Spider-Man and Life of Pi, believes that Bollywood films are not a competition for Hollywood, but the picture is different in India. "I'm working in both the industries, as I'm enjoying my work on both sides. Hollywood demands different kind of skills. They have a different set of audience. So, as an actor, it's fortunate that I get a chance to do different kind of work," Irrfan, who was last seen in Jurassic World, told.n "Both the industries have their own uniqueness. But Hollywood has a bigger reach, and has its own universal language. It is more powerful. It has dominated our cinema. It can affect the business of Bollywood. But our films are not affecting their business. It's Hollywood, which is affecting Indian cinema," he added. 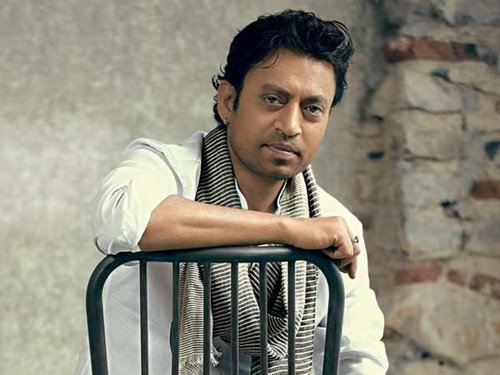 Irrfan began his career in Bollywood with character roles in films like Salaam Bombay and Drishti, and then went on to carve out his own space on the silver screen by showing his versatility in acting though films like Haasil, Life in a... Metro and The Namesake. But he says that the roles that he has played till now were not of his choice, as he was not offered romantic roles before Piku. "People usually think of me as a serious actor, but the roles that I have done so far were not of my choice. Whatever roles I was being offered, I chose my part from that. I was not offered such roles earlier. If given a choice, I would have rather done comedy and romantic films earlier. But I hadn't had a chance earlier. I don't have a particular group of directors of my own. I don't have any gang. Whatever roles come to me, I take them. I'm not much active socially," Irrfan said. Asked whether he would like to do another biopic film after his National Award-winning performance in Paan Singh Tomar, Irrfan said, "I would love to do more of them if the script is good, because Paan Singh Tomar started this trend of biopics. We came out and started this trend in cinema, and received success. We were recognised that way in Bollywood. So, if something interesting like that comes, then I would love to do it and I enjoy doing it."