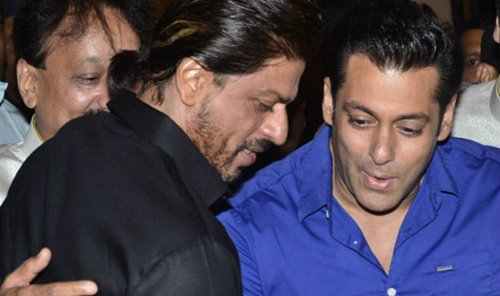 The clubs, SRK Fan Club Nagpur and Being Salman Foundation, have reportedly received encouragement from the actors too, to go ahead with the idea. While the exact nature of the online event is yet to be disclosed, it is expected that fans of one superstar will get a chance to compliment the other through messages. Shah Rukh and Salman were known to be buddies for long till they had an ugly public spat in 2008 at Katrina Kaif's birthday bash. While Katrina has avoided public birthday parties since then, the two Khans became bitter enemies over the next few years. The first signs of truce happened at Baba Siddiqui's Eid Iftaar a few years ago, when SRK and Salman met and hugged. Thereafter, there have been several public events where the two actors came together for joint photo-ops, including the extravagant wedding reception of Salman's adopted sister Arpita Khan last year. This year, SRK initiated the publicity campaign of Salman's Bajrangi Bhaijaan with a sneak peek on his social media page.