Good time to be a heroine in Bollywood, says Preity Zinta 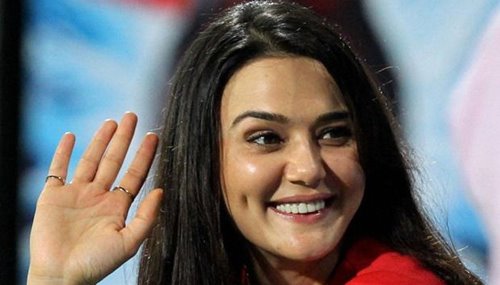 Preity Zinta, who began her career with strong roles in Dil Se and Kya Kehna, is quite kicked by the number of female-oriented films being made in recent times. But she disagrees about this being the best for heroines. “It’s a good time to be a female actor in Bollywood. But let’s not forget earlier also there were some terrific times for women actors. Mehboob Khan’s Mother India was made so many decades ago. Almost every year there are strong female characters in our cinema. It’s sad when actresses take credit for changing the way cinema views women. It’s a process that’s been happening from the time cinema came into being.” Among the recent roles Preity’s favourite is Rani Mukerji’s in Pradeep Sarkar’s Mardaani. “Rani simply killed it. She was fabulous. Rani  is one of the finest actresses we have. She has done it all, wore the short skirts, run around trees…It’s really important for her to now tackle relevant issues through her films and roles.” Mardaani, moved Preity more than any other recent female-oriented film. Says Preity, “The film addressed a subject very close to my heart, child trafficking. I rate Mardaani higher than all the other recent  films with women-centric films. I  also loved Aanand Rai’s Tanu Weds Manu Returns. I also really liked NH10 for doing something so radically different.” But Preity’s favourite film of all?  “Bajrangi Bhaijaan, and that too has two important female parts played by Kareena Kapoor Khan and little Harshalee Malhotra. It’s the two who make the plot move forward. Salman’s  character is determined to take Harshalee home and it’s Kareena who encourages him to do so. Bajrangi Bhaijaan has a pure and positive message. Salman’s a rock star.” But Preity doesn’t wish she was in any of the above films. “I never see myself in other actress’ roles.”