Jacqueline Fernandez opens up on her relationship with Salman Khan

Jacqueline Fernandez and Salman Khan have many a times noticed under media discussion for one or the other reason. Actress has worked with Salman Khan in hitmaker movie Kick and along with this it came under discussion that the actor Salman Khan gifted a flat to Jacqueline, which was later cleared in media. While, this time actress opened her heart for Salman Khan and said, “Salman is genuinely a nice man who helps people. He is someone who I trust blindly. I think he has been an important person in my life.” She added, “I do take his advise as he knows the best. He knows what works, he understands the audience well. He also told me that whosoever’s advice I take, ultimately final decision has to be mine.” 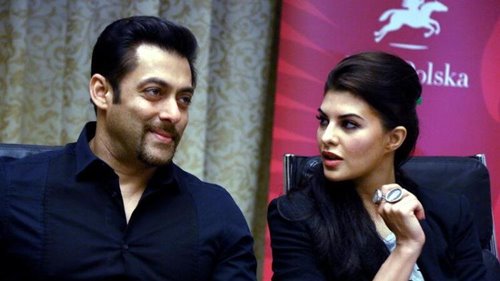 Along with this actress in a statement talked about her upcoming projects and said, “After Kick, this year I did three films. Next year I will be hopefully shooting five films. Kick has taken me where I had wished to be. It is because Kick happened, I got the opportunity to work every day.” When Jacqueline was asked about Salman Khan then without a single stop actress said, “Salman will always be that special person in my life because he was able to change my career. I will never ever forget what he has done for me. On the personal front too, he has advised me as a friend and family, something I couldn’t have even asked for.” Well, let’s wait for the updates and see when will be seeing the actress with Salman Khan on screen.