Bollywood is a friendly place for newcomers said Ridhima Sud

For any newcomer, Bollywood is a tough place to make a mark in. But, if you get as good a start as Ridhima Sud did (she debuted with director Zoya Akhtar’s Dil Dhadakne Do), the road ahead can be less difficult. It’s been a few months since her film released, but people still call Ridhima by her character’s name, Noorie. Talking about the frequent occurrence, Ridhima says, “It does feel great to be recognised for my performance. It proves that I have left a strong impression. It is a big compliment. The funny part is, when I do something that is not very Noorie-esque, the expression on everyone’s faces is priceless,” says the young actor. Ask her if the industry is a tough to work in, and she says, “Bollywood is a friendly place. Anything is as good or bad as you make it. 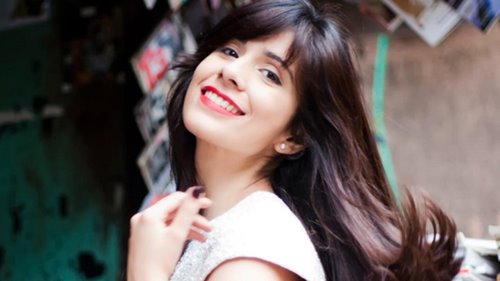 It is how you present yourself. I believe that good things happen to good people.” Her next project is a documentary drama about female feticide, in which Ridhima is set to play the role of a journalist. At a time when newcomers are interested in signing more commercially viable films, does she think she’s taking a risk with a serious movie? “It was something that I had to do. I didn’t choose the role, the role chose me,” she says, adding that it is impossible to ignore the current focus on the subject of women empowerment. “Prime Minister Narendra Modi’s Beti Bachao, Beti Padhao campaign is testament to the same. Daughters are still considered a weakness in our society, and killing the girl child is still practised. One has to be living under a rock to not realise the gravity of this issue. I want to be a part of the solution.” she says.