As her debut film "Dabangg" celebrates its fifth anniversary today, Sonakshi Sinha thanked Salman Khan for giving her a break in Bollywood. The 28-year-old actress is shooting for "Force 2" in Budapest with John Abraham. "10 sept - 5 yrs since Dabangg... Which means 5 years of Sonakshi! I am because of you, thank you for sharing this amazing journey with me. Sonakshi, the daughter of actor-politician Shatrughan Sinha, started her career as a costume designer before making it big with Bollywood. In her five-year old career, the actress has starred in 13 movies so far. 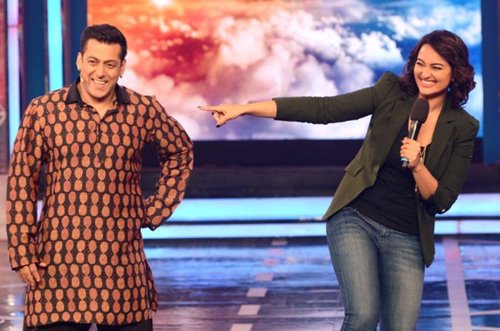